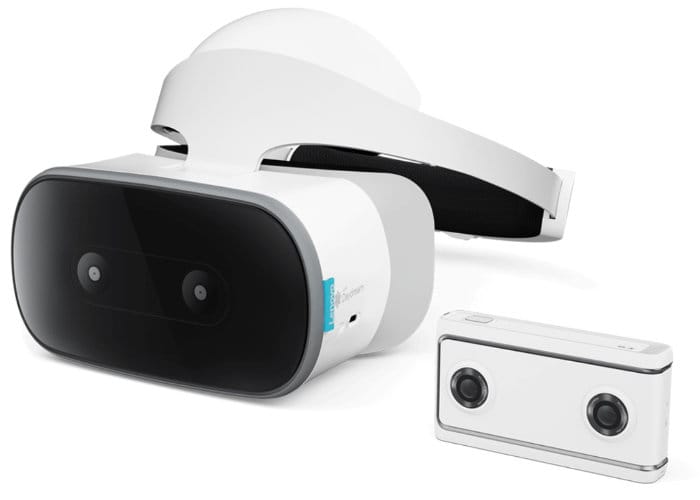 After the new Mirage Lenovo VR camera was unveiled earlier this year, Lenovo has now made it available to preorder, and packages the camera with a Google Daydream headset allowing you to view your footage instantly. Equipped with two 13 megapixel fisheye cameras the small pocket sized VR camera is capable of creating depth perception, enabling users to “relive their experiences” says Lenovo.

Offering a 180 x 180 degree field of view the Lenovo Mirage VR Camera captures “everything your eye can see”, and more. Offering users native 4K video and advanced auto-image stabilisation as well as the ability to instantly share your captured video with friends and family via social media as well as Google Photos and YouTube. The Lenovo VR camera also offers the ability to live stream on YouTube in VR. 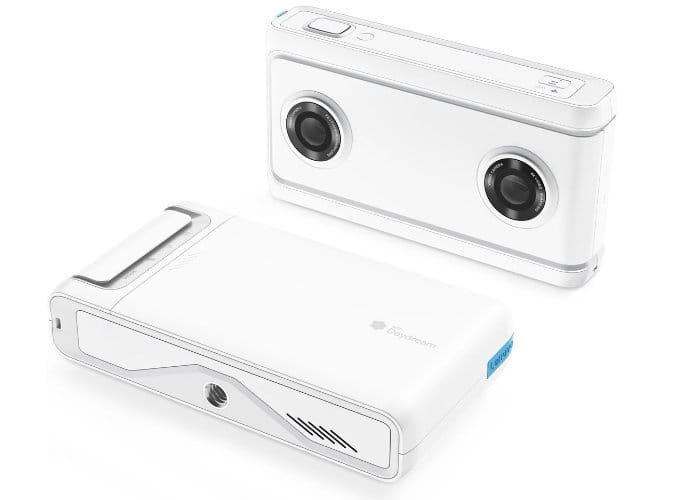 Lenovo explains a little more about their new camera “We designed the Lenovo Mirage Camera for simplicity, with just three buttons—power, shutter and function. Toggle between three modes: photo, video and live broadcasting. Download the VR180 app by Google to turn your phone’s screen into a viewfinder, letting you preview all your photos and videos before you share them.”

The new Mirage Lenovo VR camera is now available to preorder from online retailers and authorised retailers such as Amazon priced at $299.99 and will start shipping out to customers on May 4th, 2018. For more details and full specifications jump over to the official Lenovo website.