Lenovo announced a new range of smart TVs back in January at CES 2012, the Lenovo K Series, and the first of these Android 4.0 powered Smart TVs has now launched in China, the Lenovo K91.

The Lenovo K91 is a 55 inch Smart TV and it is powered by a Qualcomm Snapdragon S4 processor and comes with Android 4.0, it has a range of built in features which include voice recognition. 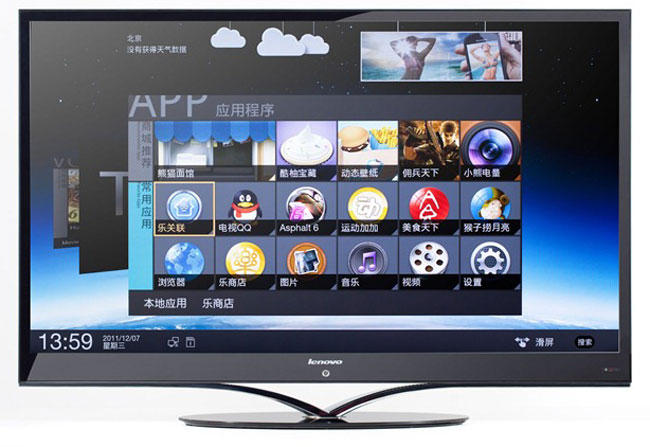 The Lenovo K91 features a 55 inch 240Hz Full HD 3D IPS display, it also comes with a built in 5 megapixel camera, SRS TruSurround, 1GB of RAM, and 8GB of built in storage.

The Lenovo K91 will retail for $14,999 yuan, which works out at around $2,378, and it is expected to launch outside China at a later day, although we do not have any information on when it will be available in the US and Europe.