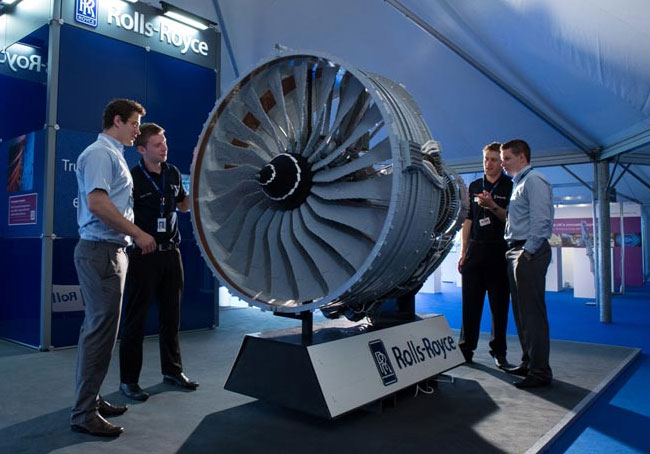 The awesome Lego scale replica is made from 160 separate engine Lego components, and it took four master Lego builders eight weeks to complete the half size model.

To create the engine the builders need to use the engines CAD drawings and rebuild everything including the fan blades from Lego, which is some feat when you think it only took them eight weeks from start to finish. Great Job!