Lego has announced a new partnership between themselves, Marvel and DC Comics that will launch a whole new range of Lego Super Hero characters in 2012. The new range will bring an extension to the Batman line of Lego products, featuring an extended cast of DC heroes and villains, together with a new lineup of Marvel toys as well.

In celebration of both the announcement and the start of this years Comic Con, Lego is giving away 3,000 Batman and Green Lantern Lego characters at Comic Con to enable fans to enter their new LEGO Super Heroes Challenge film and photo contest. 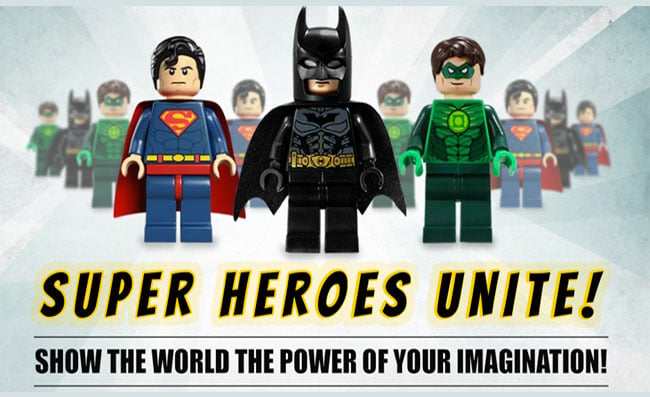