So yeah, Lord Vader has got a lamp on his foot. Oh wait, make that feet. Both of them got the sparkly stuff. Odd placement but keep in mind this is a Lego miniature. Dubbed a Mini Torch (emphasis on mini), this Darth Vader incarnation can’t do much else besides a minute amount of illumination. Oh yeah, maybe it can hold a couple of Lego lightsabers, but other than that, nada. 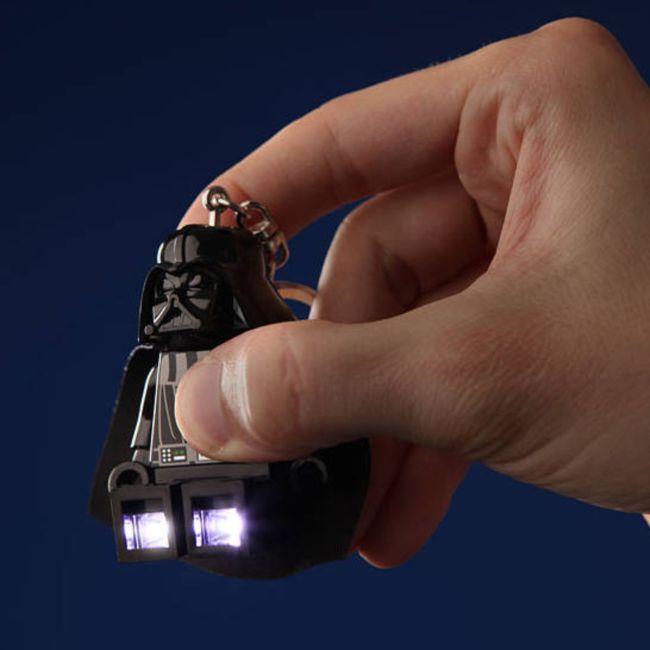 Hey wait, it does have an extra use. Imagine running into a kid who’s rocking a full game of Star Wars Lego. You can join right in. Darth Vader actually dueled with Boba Fett once, but that’s not in the movies. More like the extended Darth Vader lore.

Darth Vader is a cool choice though for the simple fact that he’s Darth Vader. He pretty much justifies his own existence.

Naturally, only Star Wars fan boys could fall for this. Them and maybe a few individuals who are susceptible to the dark side.

Having mentioned the fan boys, here’s a challenge/gauntlet thrown at them: Share a particular part of the Darth Vader mythology that not a lot of people are aware of. (Maybe checking the Darth Vader wiki can help.)