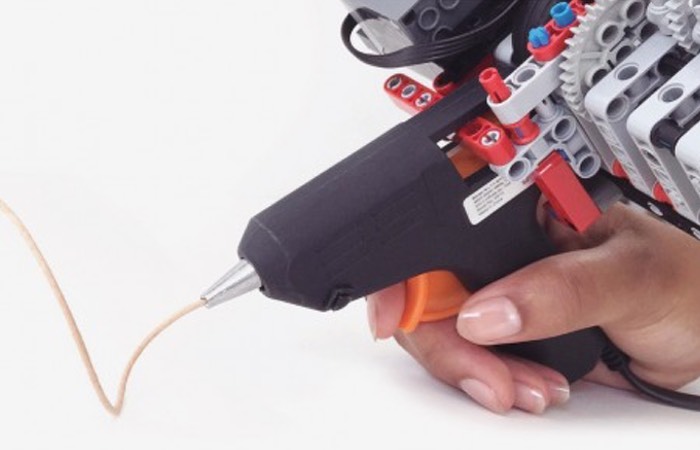 The awesome 3D printing and uses biodegradable 3D printing filament and uses the glue gun to provide the heat to melt the filament whilst the Lego has been used to create the feed mechanism. Watch the video below to learn more about this unique DIY project. 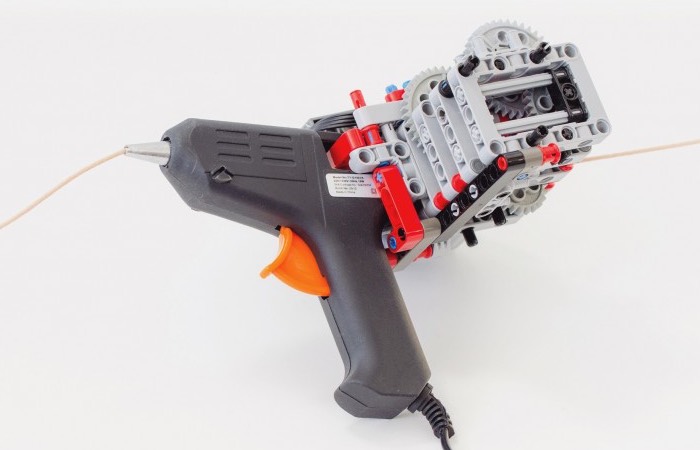 “The Lego/glue gun double act stemmed from a university project aimed at looking into making products from just one 3D printing filament, to make end of life recycling a relatively simple matter, as opposed to multi-material products that can pose a recycling challenge.

Before embarking on his Lego adventure, Patel did some preliminary work using the university’s UP 3D printers to find out if he could incorporate zones of different stiffness into his single material objects. Though this proved possible, the layer by layer approach was found limiting and modeling and programming robotic assistance for extrusion along a path in multiple axes looked complicated, so he simplified the process.”

Patel has made instructions for the Lego extruder together with a full parts list available on Redbrickable if you fancy building your very own.