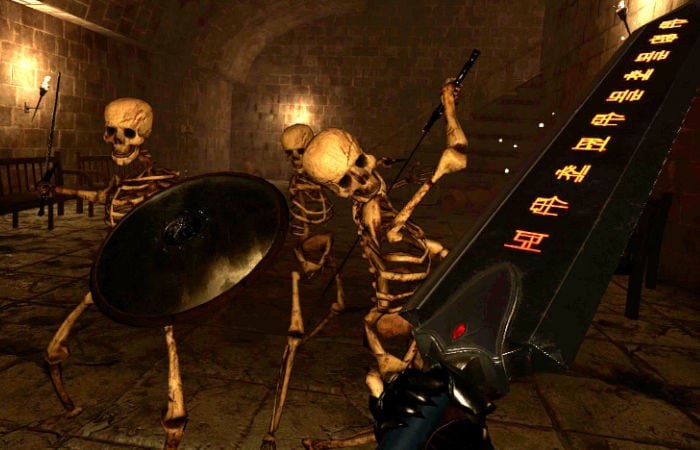 If you are patiently waiting for the new virtual reality PC dungeon crawler game Legendary Tales to launch, you’ll be pleased to know it has this week entered into a closed beta testing phase and a new trailer has been released providing a little more information on what you can expect from the VR ARPG coming to SteamVR headsets.

“Legendary tales is a VR Action roleplaying game with up to 4 player co-op. Collect items, enhance your abilities and fight your way through an ever changing dungeon to make your own Legendary Tales. Are you ready to step down into the darkness? Explore predesigned dungeons alone or with friends, but be careful, there are monsters waiting down there for you. Luckily, you have a myriad of ways to fight back. Bash them with bludgeoning tools, Slice them with swords, Ambush them with archery and daggers or use magic to hit them with a hex. With physics-based melee combat, improved AI, Random number generated items, up to 4 player co-op and an RPG style attribute system, those with a yearning for adventure in a fantasy RPG setting are sure to find everything they need right here.”

“Legendary tales has a masterful physics-based fighting system made to mimic the feeling of really using weapons while still keeping it fun to play. Weapons have a weight that determines how easy they are to swing, swing with more force to do more damage. It’s not just the weapons where we’ve improved the physics though, enemy feedback and interactive objects also react according to how hard you hit them.”