We have seen quite a few different LED watches here at Geeky Gadgets, but I think this might be the first LED Pocket Watch.

The LED Pocket Watch was created Paul who created the watch from a broken pocket watch that was left to him by his grandfather. 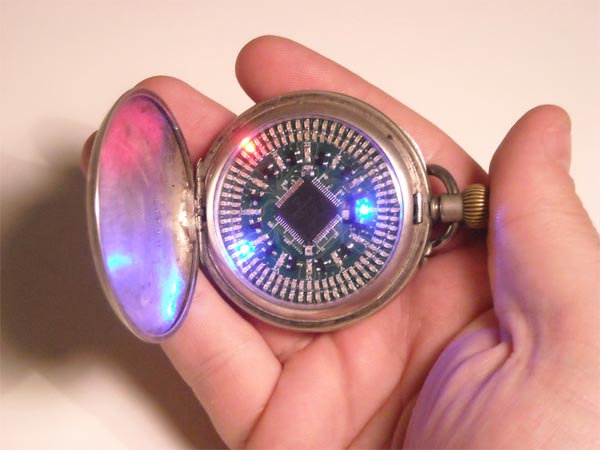 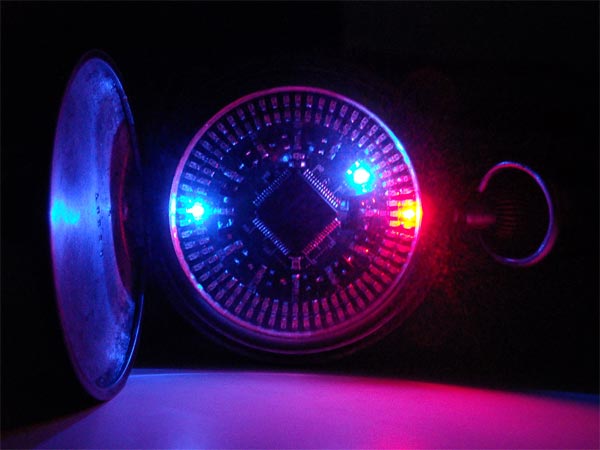 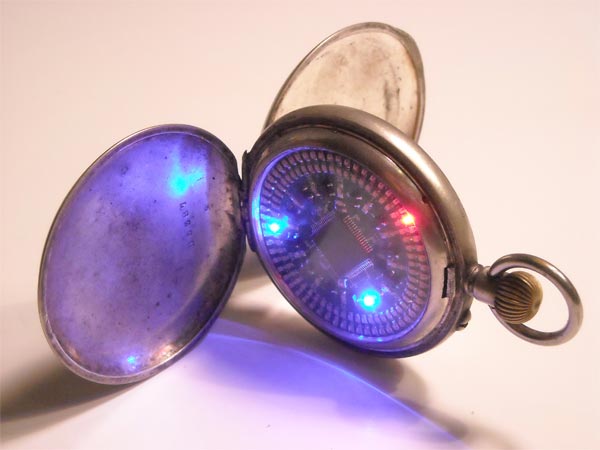 Paul used an Elgin hunter style case, along with some LEDS, a total of 133 surface mounted LEDs, each one was soldered by hand, and there are 60 for the minutes, 60 for the seconds and 12 for the hours, and one for showing the charging status, check out the video of it in action below.

My grandfather was a horologist. When he passed away in 2005 I inherited from him a collection of broken pocketwatches. As my skills are in microelectronics, rather than micromechanics, I felt it would be a fitting tribute to him to produce an electronic movement in place of one of the broken ones he’d never had the time to fix.

The pocketwatch I selected was an Elgin hunter-style case (with opening cover), and appeared to be the most complete and in the best condition of those available. It’s movement inside was stamped “Pat. 1925”. It was also one of the largest to choose from, providing room for batteries and components inside. I resolved that no modifications or damage should be done to the pocketwatch case, or its movement.

Very cool, I think this LED pocket watch looks amazing, a great combination of old and new technologies, head on over to Paul’s website for more details on the build.

via Hack A Day