Get it? We mean the name LED by Lite. It’s a LED light that allows you to drive your bike places in the dark, hence LED by Lite. Bah! Anyway, seen below is the LED by Lite in all its glory. It’s a fresh spin on pimping out your bicycle, using LED bulbs to assist in nighttime movement so that the act of cycling in the darkness becomes safer. 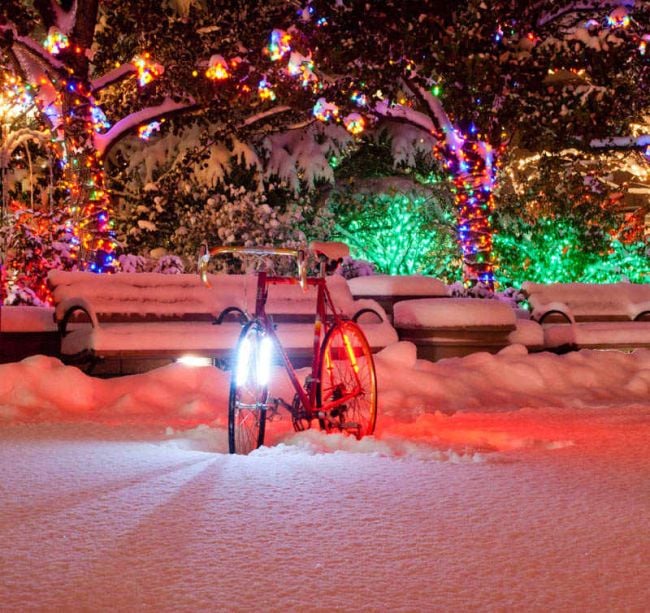 Turns out LED by Lite is an ‘invention’ of sorts by a father-son duo from Utah. What they’ve created are two separate sets of lighting. There’s the LED bulbs for the front of the bike, then a couple more red bulbs at the back of the seat. There are also controls between the steering bars to use for signaling.

The LED By Lite is currently in the midst of a KickStarter funding drive. The goal is to raise $50,000 by a month’s time for the LED by Lite to get of the ground.

Fortunately, there’s a video too: