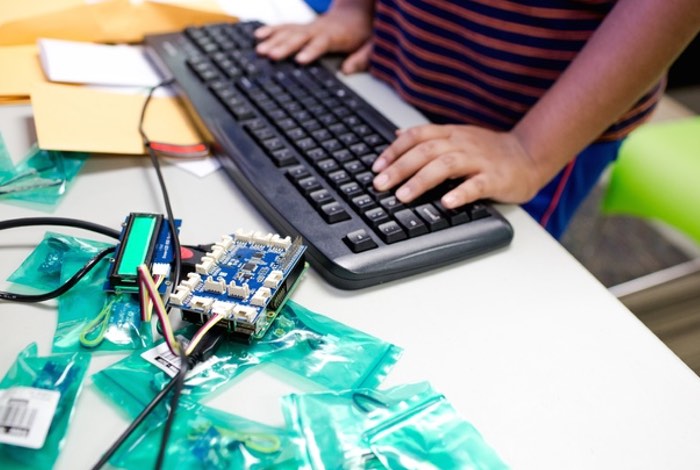 Dexter Industries have created a new and unique way for children and adults alike to be old to learn more about coding, building robots and even spying with them. The new Spy v. sPi Robot Coding Missions have launched on Kickstarter this week to raise the $30,000 they require to go into production.

Watch the video below to learn more about the system which has been designed to provide a learning experience that allows you to learn to code like a spy with robots using “capture the flag engineering adventures” and the awesome Raspberry Pi mini PC.

Spy v. sPi is a capture-the-flag style engineering adventure that puts real purpose to basic design and programming skills. Spy v. sPi can be played individually or in teams, at home, in a classroom, or a workshop. In it, each “spy” is assigned a series of missions, each requiring them to write code to control an assortment of sensors that will allow them to protect their “jewel” in different ways, or capture the “jewel” of a competing spy.

Spy v. sPi is based on the GrovePi, an easy-to-build robot kit that includes a rich collection of programmable, plug-and-play components — from sensors for things like distance, sound, light, and infrared; to buttons, buzzers and more. Thanks to the GrovePi’s combination of hardware and software, Spy v. sPi makes it easy to connect to a robot, start writing code, and get rewarding results right away. The GrovePi is built around the Raspberry Pi, a small computer developed by a foundation in the UK. This is why we call it Spy vs. sPi.

We’ve developed Spy v. sPi’s missions with a full range of skills and experience levels in mind, so no prior programming or electronics experience is required. Each spy will learn how to program the different sensors and components with step-by-step instructions, all while completing a mission. There are also missions for more advanced spies, and there’s no limit to how complex your solutions can get. Best of all, the entire program is designed by actual spies, so players will face real-life engineering challenges they’ll solve just like spies do.

For more information on the new Robot Coding Missions jump over to the Kickstarter website for details by following the link below.