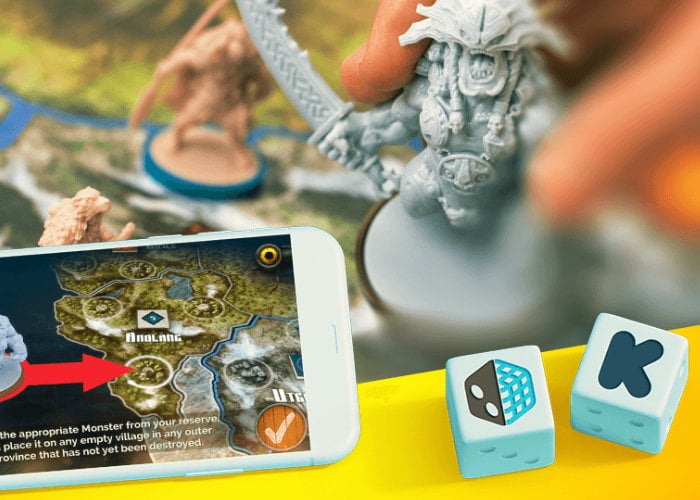 Playing new board games is fantastic fun but there is always a steep learning curve with most during the first couple of play throughs. The team at Dized are hoping to reduce this learning curve and have created a new companion application that lets you skip the rulebook and play board games straightaway. Watch the demonstration video below to learn more about what you can expect from the Dized application.

“Your group is gathered. Snacks and drinks are out. Everyone’s excited for game night. The new hotness was just set down on the table. The atmosphere is electric. But there’s one problem: The shrink wrap is still on the game. You know no one has read the rules. What now? Someone draws the short straw and becomes the one rule-reader to lead them all. An hour later, maybe you’re playing. More likely, you’ve gone back to your group’s old faithful. Perhaps you’ll get to that new game next time.”

For more information on the Dized smartphone and tablet application jump over to the official Kickstarter crowdfunding campaign page by following the link below. The Dized app Is also available in early access for both Android and iOS devices offering a selection of rules and three tutorials to check out.