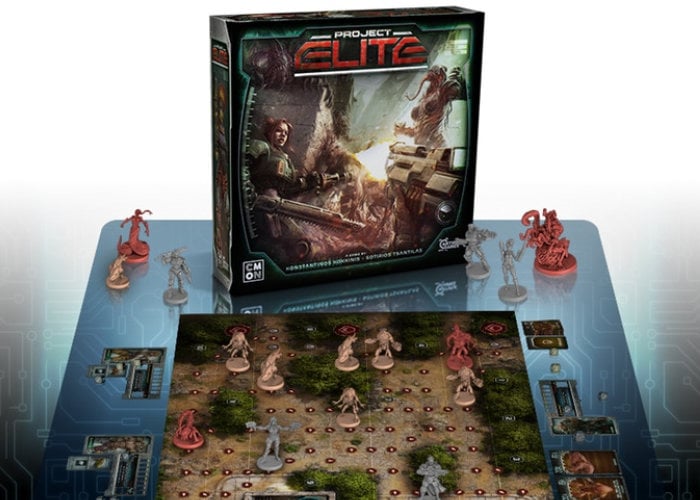 A new board game by CMON has entered its final week and thanks to nearly 4,000 backers has raised over $366,000. Within the Project ELITE cooperative board game players have to defend our planet from a massive Alien invasion, by engaging in frantic, real-time action. Watch the demonstration video below to learn more about the game and what you can expect.

Pledges are available from $100 or roughly £77 with worldwide shipping expected to take place during November 2019. If you have already backed the previous Zombicide Invader board game also created by CMON. The team have made available the “Zombicide Invader Crossover pack” which is available for $15 as a separate purchase.

Backers of Project: ELITE can get this kit that not only allows you to use Survivors, Xenos, Sentry Gun, and Peacekeeper Robot from Invader as Heroes, items and Aliens in Project: ELITE, but also take the Heroes from Project: ELITE to use as Survivors in Invader, as well as the Aliens! Please note this Crossover Set will not be available on retail. You will need a base pledge of Project: ELITE to be able to purchase it.”

For a complete gameplay run through jump over to the official Kickstarter campaign page by following the link below.