The Leap 3D provides users with the ability to control applications with with hundredth of a millimeter accuracy and introduces touch-free gestures like pinch-to-zoom. Watch the video after the jump to see it in action. 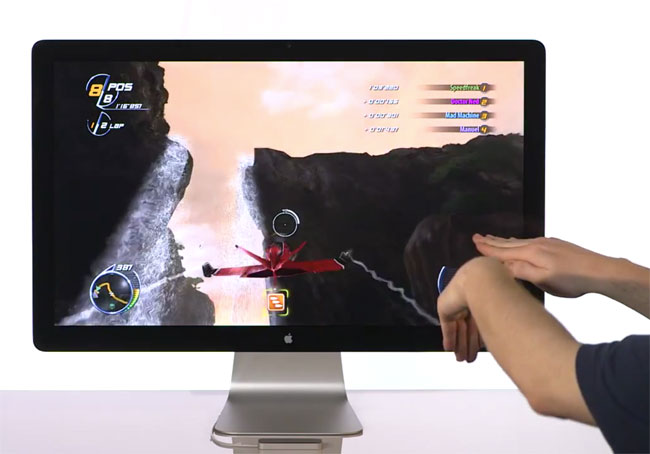 The Leap 3D gesture control system uses a smalll USB input device, combined with sophisticated software platform. Being able to detect a users movement right down to subtle movements of a finger.

Leap Motion CTO David Holz showed CNET how the Leap is adept at a range of functions, such as: Navigating an operating system or browsing Web pages with the flick of a finger, Finger-pinching to zoom in on maps, Letting engineers interact with a 3D model of clay, Precision drawing in either two- or three-dimensions, Manipulating complex 3D data visualizations, Playing games, including those that require very “fast-twitch” control, Signing digital documents by writing in air.

Leap 3D creates a “three-dimensional interaction space” of four cubic feet and is more precise and responsive than a touchscreen or a mouse. The new Leap 3D system is hopefully launching in early 2013. But no information or worldwide availability has been released as yet, but as soon as information comes to light we will keep you updated as always.