The latest Samsung Galaxy S4 screenshots are apparently from the US version of the handset, and confirm that the US Samsung Galaxy S4 will come with a quad core processor, the pictures show a clock speed of 1.8GHz. 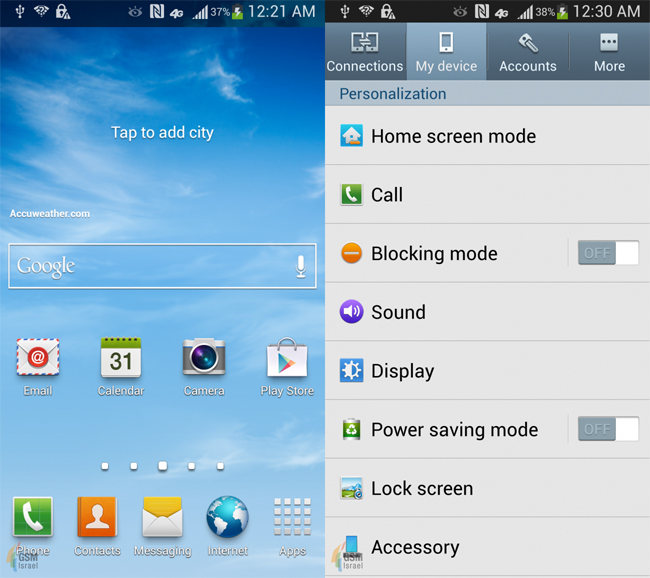 Other specifications which are confirmed by the photos are the 13 megapixel camera on the Samsung Galaxy S4, have a look at the photos below which also show that the handset will come with 2GB of RAM and a full HD display with a resolution of 1920 x 1080 pixels. 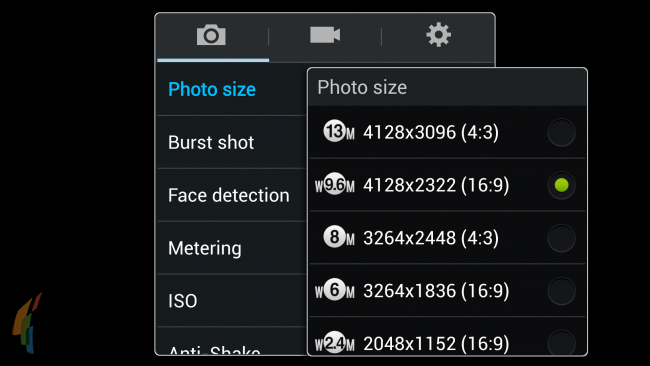 The Samsung Galaxy S4 will also feature a front facing 2.1 megapixel camera and a choice of either 16GB, 32GB or 65GB of built in storage, plus a range of new features which include Samsung Orb, Eye Scroll and Eye Pause plus touchless gestures.

The touchless gestures sound interesting and one way they could work is that if you want to answer an incoming call on your Galaxy S4 you would just lift the handset to your ear to answer the call, rather than pressing a button first. 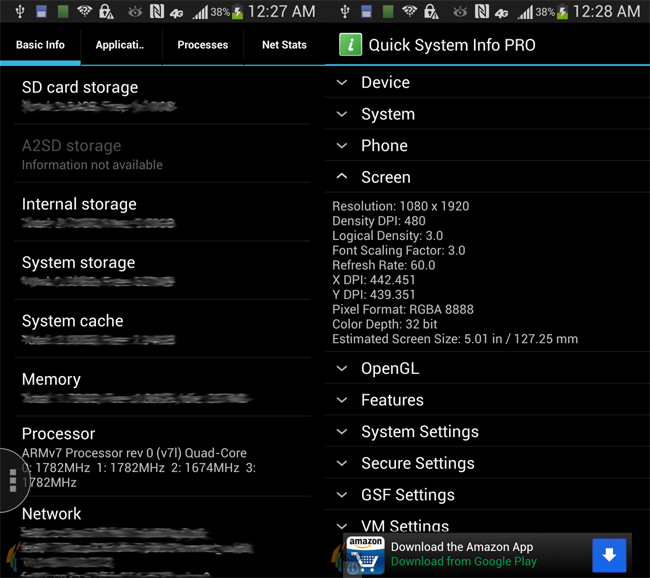 Samsung Orb is rumored to be Samsung’s version of Android’s Photo Sphere, which is available in the latest version of Google’s Android mobile OS, another new feature is eye tracking technology.

We do not know very much about the new eye tracking technology on the Galaxy S4 as yet, what we do know is that it will come with features that are called Eye Scroll and Eye Pause, as these were discovered in some recent Samsung patent filings. 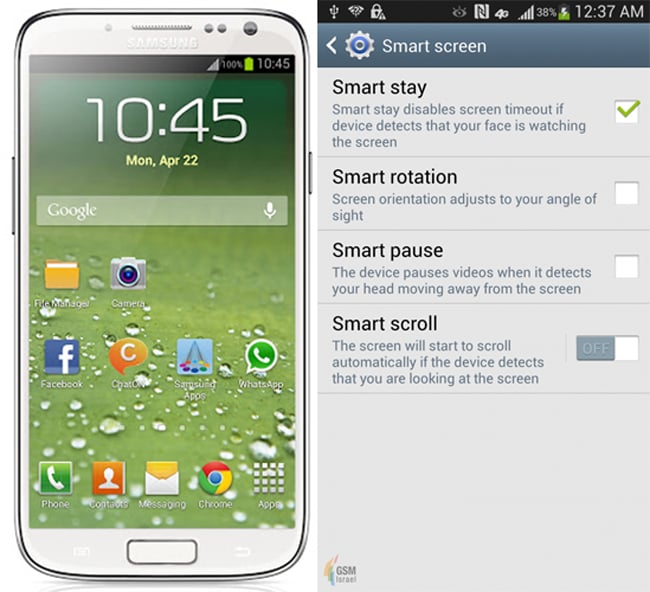 The Samsung Galaxy S4 will be officially announced at a special press event in New York next week, the event will also be live streamed on YouTube and in Times Square, we are expecting the handset to go on sale in April worldwide.