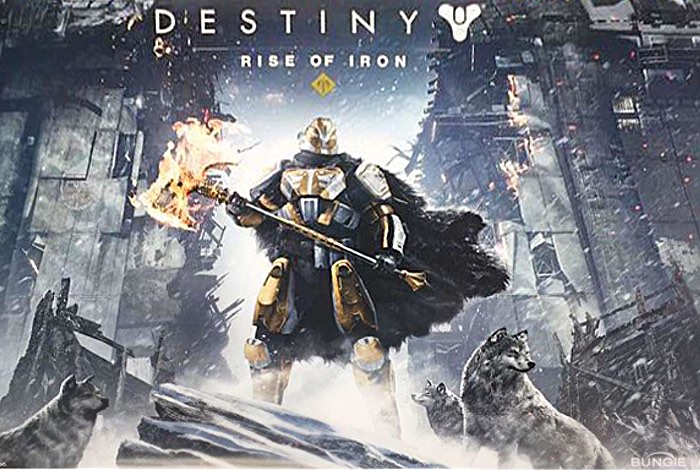 More details and a trailer for the upcoming Destiny Rise Of Iron expansion which will soon be available are expected to be made available later today by its developer Bungie.

Although before any official trailer has been released a leaked copy has been published via YouTube providing a quick glimpse of what you can expect from the next update to be launched for Destiny.

The popular role-playing game which has been created by Bungie and High Moon Studios originally launched back in 2014. The Destiny Rise Of Iron expansion will be available to play from September 20th onwards and include new story campaigns, quests, armour, gear, new raids and of course new enemies, factions and boss mobs.

Destiny: Rise of Iron is the next highly anticipated expansion to the Destiny universe. The wall which stood for centuries along the southern border of Old Russia has collapsed. Fallen mutants now scavenge the tombs of the Golden Age, and the plague they have unearthed in the wastes is more dangerous than even they understand. Join Lord Saladin. Journey into the Plaguelands. Learn the fate of the Iron Lords and stop the growing threat before it is too late.

As more official details are announced later today detailing what’s included in the Destiny Rise Of Iron DLC we will keep you updated as always.