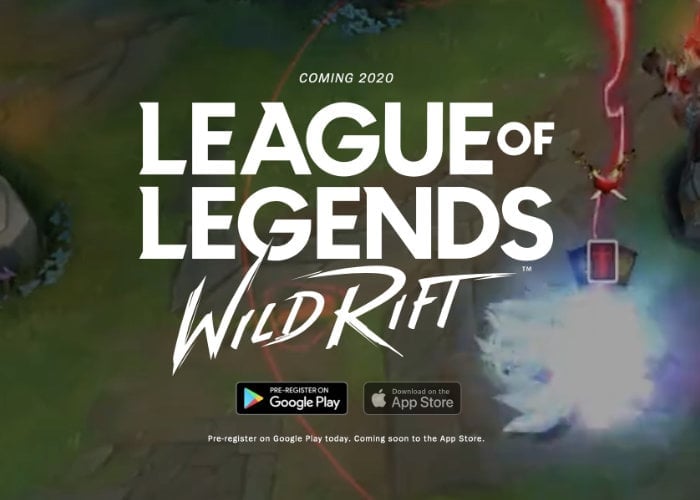 As you would expect and confirmed by Riot, “Wild Rift is not a port of LoL on PC.”-“It is a new game built from scratch to ensure it is a polished, legitimate LoL experience that’s worth players’ time.” Mobile versions of League of Legends will offer twin-stick control setup, new maps, and shorter matches to enhance the experience on new platforms. Although specific details of the mobile games have still yet to be confirmed but as always as soon as more information is made available we will keep you up to speed as always. “Coming 2020 to Android, iOS, and consoles! Skillful outplays. Brilliant maneuvers. The occasional throw. Welcome to Wild Rift!”

A NEW RIFT
Dive into the same competitive 5v5 gameplay you expect from League of Legends on PC, but totally rebuilt from the ground up for new platforms! League of Legends: Wild Rift features 15-18 minute matches, an intuitive twin-stick control scheme, and a brand new map to explore.

CHAMPS YOU KNOW
Blast the bad guys with Lux’s laser or outplay the opposition with a pixel-perfect Yasuo windwall. Champions play authentically to League, with slight changes for more thumb-friendly casting. At launch, around 40 champions that you’ll know from the PC game will be available, and dozens more will follow over time.

SKILLS NOT BILLS
Check out the all-new 3D model viewer where you can show off your champs and skins, or master the Rift in ranked with your friends to earn unique loot. Also—just like League PC, Wild Rift is free to download, and all champs can be earned for free: no paying for playtime or power.

SO WHEN IS THIS THING COMING OUT?
We’re going to begin the process of rolling alphas and betas through the end of 2019r. The plan is to have the mobile version fully live everywhere in the world by the end of 2020, with console coming sometime after. More info coming soon!