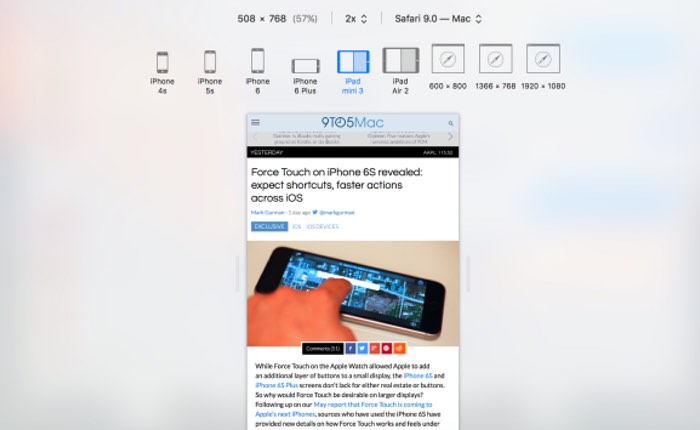 Files within the latest Apple OS X El Capitan operating system have revealed indications that Apple may be launching a new iPad Mini 4 and bringing split screen support to both the iPad Air 2 and the new as yet unannounced iPad Mini 4 device.

The files hinting at the new device within the latest Apple OS X software have been discovered by the 9to5Mac website and were uncovered in the OS X El Capitan’s Safari 9 browser that shows support for a split-screen view of Safari on the iPad mini 4 as shown in the image above.

iOS 9 split screen support on the iPad Air 2 has already been unveiled thanks to the device being equipped with the fastest processor in the form of the A8X processor. Allowing users to operate two iPad applications simultaneously, side-by-side. Its thought that older iPad devices will not be able to support the same split screen usage due to their slower processor speeds.

As always Apple has not as yet confirmed any details on the iPad Mini 4 device, but you can expect more information to be made available regards new iPhone devices and possibly new tablets during Apple’s press conference, that is expected to take place next month on September 9th. As soon as any more information becomes available we will keep you updated as always.