We have seen quite a few different hacks for the Microsoft Kinect here at Geeky Gadgets, the latest one is from the same guy who brought us the Kinect Lightsaber Hack.

Now the clever hacker has managed to get his Microsoft Kinect to control Super Mario on his PC, and as you will see in the video below, Mario’s movements in the game are controlled by body movements. 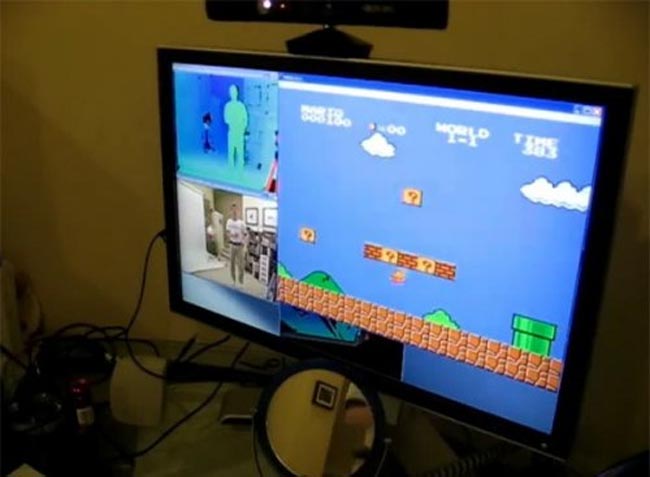 The hack was done using OpenKinect to get the Kinect to communicate with the PC, he also used an NES emulator to play the game, it certainly looks like a lot of fun.