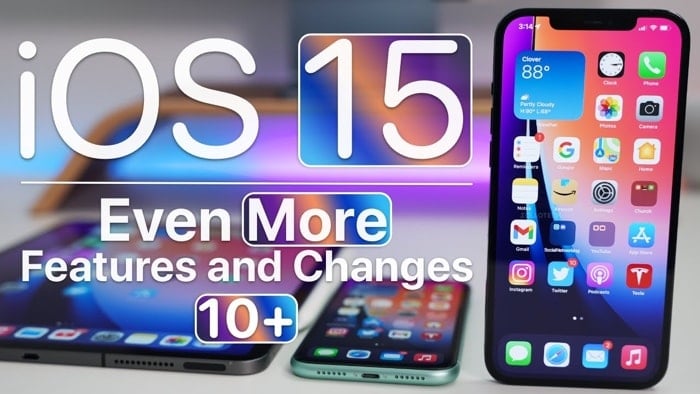 It has been a few weeks since the first beta of iOS 15 was released for the iPhone and iPadOS 15 for the iPad, we have seen a lot of new features that are coming to Apple’s devices with these updates.

Now we have a new video from Zollotech which gives us a look at some more iOS 15 features on the iPhone, lets find out more details. Some of the features below have recently been discovered.

As we can see from the video there is a new features in Siri that lets you easily share website and more with you contacts, it can also take a screenshot if you are in private browsing mode.

Another new iOS 15 features is the ability to use your iPhone to fill in a text message on your Apple Watch, there are also some new features with iCloud Plus with the Private Relay feature.

There are also some changes in Photos when you are editing a photo, there are some updated symbols and a range of new editing options and more.

Apple’s Safari also gets a number of updates and new features as does the Notes app and many more of the iPhone apps.

Apple are expected to release iOS 15 and iPadOS some time in September along with this years iPhone 13 range, we saw some renders recently of what the new iPhone 13 may look like.