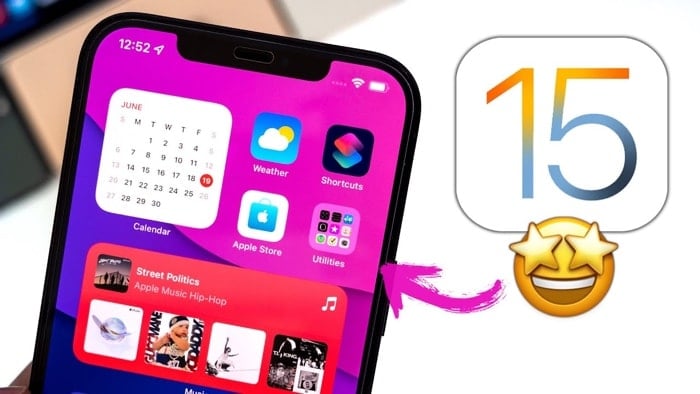 Apple released iOS 15 beta 1 and iPadOS 15 beta 1 two weeks ago, we are expecting them to release the second beta some time soon.

We have already seen a number of videos focusing on the iPadOS 15 and iOS 15 software updates and now we have another from Brandon Butch.

The video below is a full up on the iOS 15 beta 1 and it gives us a look at some additional features that have been discovered in the first beta.

The iOS 15 and iPadOS 15 updates will bring a wide range of new features to the iPhone and iPad, this will include for the iPhone FaceTime, there is the new SharePlay feature, plus some major changes to Apple’s Messages app, Apple Maps, Weather and Safari.

For the iPad there is a new home screen with updated widgets and also improved multi-tasking and more new features. We are also expecting to see the second beta of Apple’s iOS 15 and iPadOS 15 soon, hopefully this week.

Apple are expected to releases iOS 15 and iPadOS 15 at the same time as the iPhone 13 smartphones, from what we have heard so far this will be happening some time in September. As soon as we get some more information on the release date for the software, we will let you know.