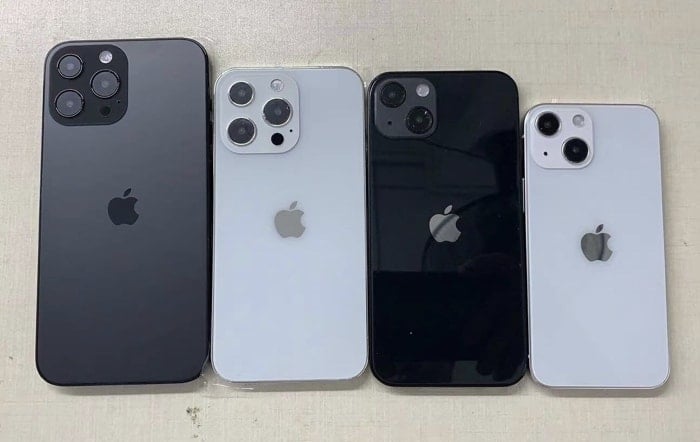 We have heard various rumors about the new iPhone 13 and iPhone 13 Pro handsets and now we have some details on what the handsets will look like.

The photo above was posted on Twitter by Sonny Dickson and it gives us an idea of the design of the handsets.

Whilst similar to the existing devices there are changes to the camera design on the iPhone 13 models, the photos shows box the standard model and the Mini model.

We had heard that Apple may not launch a mini version of the handset, although according to Sonny Dickson, all four models pictured are still in the running.

The two iPhone 13 Pro and Pro Max models appear to have a similar design to the iPhone 12, the Pro Max apparently is slightly larger than the current iPhone 12 Pro Max, all models will come with the new iOS 15 software.

The design of the handset whilst similar to the iPhone 12 will change slightly, there will be a smaller notch than the current handsets. The new iPhones will also come with a new Apple A15 processor and we are also expecting them to get more RAM than the current range.

We can also expect updates on the cameras in all of the devices and the top storage model on the 13 Pro Max may be expanded to 1TB. Apple are expected to launch this years iPhone 13 range of smartphones some time in September.