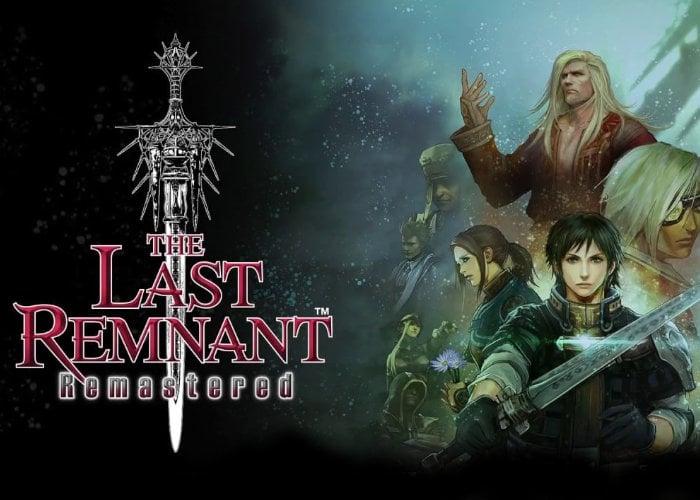 Fans of the original Last Remnant game or those that are not engaged in the adventure may be interested to know that the Last Remnant Remastered version of the game is now available on the PlayStation 4 platform priced at $20. Check out the launch trailer below to learn more about what you can expect from the enhanced version of the game specially upgraded for the latest PlayStation 4 console.

“The Last Remnant captured the hearts and minds of gamers with its enthralling story, countless characters and intricate battle system. Join Rush and his unlikely band of friends as they discover the Remnants and find a way to rescue his sister, Irina. It’s a timeless cult classic story available for the first time on PS4. “

“The world was at peace…or so it seemed. Who was to know such darkness lay in wait? The powers of the Remnants slowly began to change the world’s balance. A rift slowly formed between those who ruled and those who obeyed. This was the dawning of a new era — an era of countless frays that would be brought upon the world by those enslaved by their own lust for power. A thousand years later, the journey of one young man begins.”

For more details, screenshots and media jump over to the official Square Enix website for more details on the characters, gameplay and storyline.