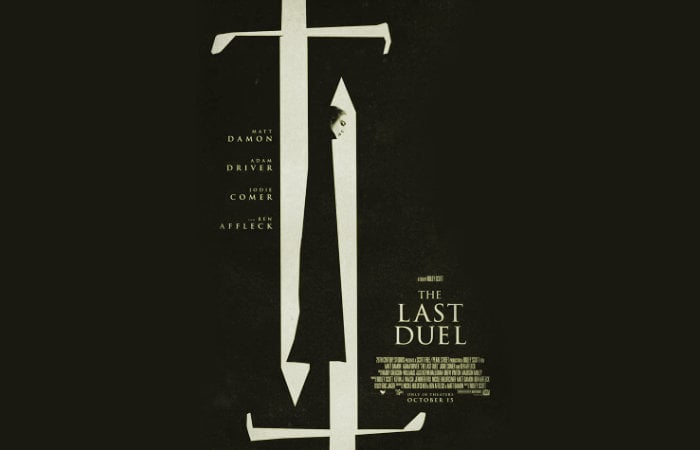 In a few months time the highly anticipated film The Last Duel film directed by Ridley Scott and starring Jodie Comer, Adam Driver, Matt Damon and Ben Affleck will premiere in theatre screens worldwide and be available to watch from October 15th 2021. This week 20th Century Studios has released a new teaser trailer providing a glimpse at what you can expect from the characters and storyline in this new tale of betrayal and vengeance set against the brutality of 14th century France.

“It tells the story of the December 29, 1386 trial by combat (duel) in which the Norman knight Jean de Carrouges duels the squire Jacques Le Gris. Carrouges had accused Le Gris of raping his wife Marguerite de Carrouges, née de Thibouville, that previous January, and had gone to King Charles VI seeking an appeal to the decision handed down by Count Pierre d’Alençon, whom Carrouges believed favored Le Gris.

Whichever combatant was still alive at the end of the duel would be declared the winner as a sign of God’s will. If Jean de Carrouges had lost the duel, Marguerite de Carrouges would have been burned at the stake as punishment for her false accusation. In the centuries since Le Gris’ death the case has become an important cultural legend in France, and the guilt or innocence of its participants has been a source of great debate among historians and jurists.”