It couldn’t have come at a more ominous time. With the economy teetering and Europe’s future in the balance, perhaps renewed fears of civil disturbance finally compelled the SMU 100’s introduction. Thankfully it won’t be used on  rioters yet. The SMU 100 is a fearsome individual weapon that’s slated for field testing any time now. It’s a non-lethal laser rifle that ‘fires’ a blinding flash of light across three meters; arguably the first of its kind, the SMU 100 i’s going to be deployed among an ‘unnamed police force’ for trials. That’s intentionally vague, because the implications of having this kind of equipment are really frightening. 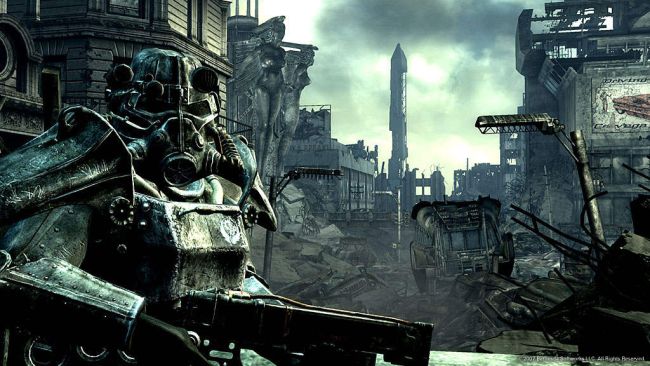 Keep in mind the picture above isn’t the SMU 100. In case you haven’t recognized it yet, that’s a stock image from Fallout 3. It had to do. Besides, the trooper in the pic wields a laser rifle. So will the police of the future.

Also, this non-weapon, which uses technology that was field-tested in Afghanistan and Iraq, is going to be employed against a restive citizenry. If that doesn’t strike you as too much Big Brother sanctioned police harshness, it just comes to show how far law enforcement has gone as an instrument of state power.

Appearance-wise, the SMU 100 is a carbine with a bull pup configuration. there’s a crude illustration available at the source link, but don’t expect it to be accurate.