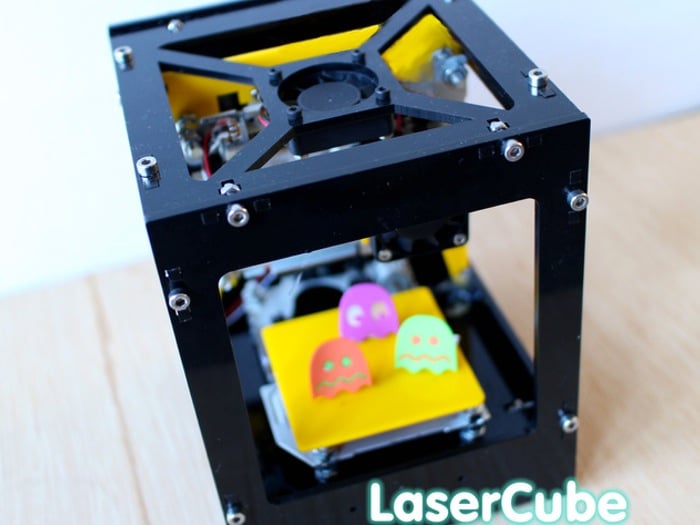 A new desktop laser engraver has been unveiled this week in the form of the Laser Cube, which has launched over on the Kickstarter crowd funding website.

Makers, hobbyists and developers looking for a small desktop laser engraver may be impressed by the power of the small device, which is capable of cutting and engraving thin wood, plastic, foam and paper to name a few materials.

“Open source is the idea to bring everyone knowledge to accessible his/her self-build up work. I have been studying and thinking about how to use these source to make an own Laser Cube.

This ideal Laser Cube could work high-capable , easy to use, carried or moved, and enjoyable! For this goal, I explored on internet and collect all valuable knowledge and hardware necessaries. Fortunately,  I had my very original laser box down in April. I did sell some of the parts and original laser boxes.

The response was good from our buyers. As a belief, I wanted the laser box could be more desirable, both of from shape and duties. Finally, I have the advance one come out now. It is Laser Cube.“

The Laser Cube project is currently over on the Kickstarter crowd funding website looking to raise enough pledges to make the jump from concept to production, so jump over now to make a pledge and help the Laser Cube become a reality for its designer.