I am a big fan of LEGO and over the years the things that geeks can make out of a set of LEGO Technic bricks never cease to amaze me. LEGO has announced a new Technic set that is to celebrate the 60th anniversary of a car I had never heard of called the Mercedes Unimog. Apparently, this off-road beast is used commonly in Europe and a few of them are in the US as well. 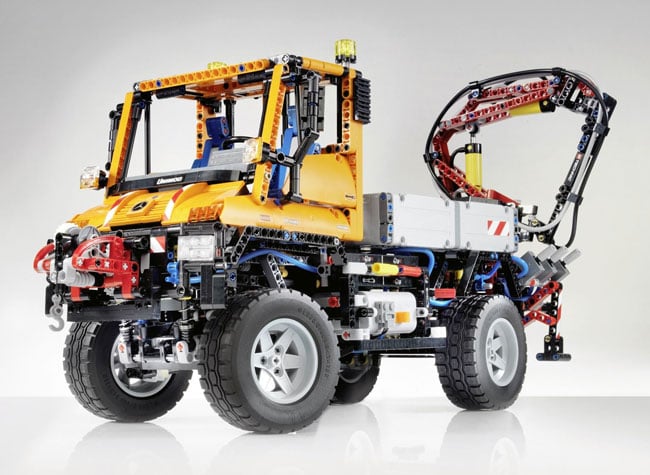 The kit has 2,000 pieces and is the largest Technic kit LEGO has ever sold. The kit is a 1:12.5 scale model of the Unimog U400 and apparently that means the kit is huge. It is complete with accessories the real vehicle can have like a pneumatic crane, front winch, and an optional snowplow accessory.

The only downside to the LEGO kit is that it is $250. Still, I bet more than a few geeks put this kit on their Christmas list. It even has little pistons you have to fit into the vehicles LEGO motor. I want one!