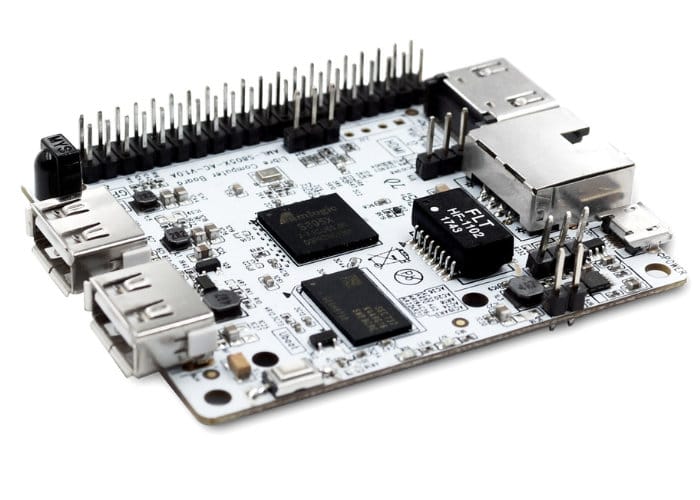 La Frite is a new open source development board created by the Libre Computer Project which has this week launched via Kickstarter and offers a miniaturised version of the popular Le Potato SBC supported by mainline Linux and Android 8 operating system.

La Frite is a modern low power mini PC with four 64-bit cores, and can be equipped with up to a gigabyte of DDR4 RAM, supported by ARM Mali GPU powering high definition HDMI. It is loosely based on the Raspberry Pi Model A+ and maintains similar GPIO header arrangement. Connections on the mini PC include 2 x USB ports and Ethernet.

“La Frite is a smaller, less-featured, and more cost-optimized version of our first board Le Potato. Think of it as the Raspberry Pi 0 equivalent of the Raspberry Pi 3 if that is comparable to Le Potato. The new form factor enables smaller or more cost sensitive applications while offering nearly the same features. It utilizes the same software work that has already gone into Le Potato and will continue to be improved. The lower height design enables backwards-compatibility with HATs and more compact form factors.”

Specifications for the La Frite :

The La Frite is now available to back via Kickstarter with early bird pledges available from just $10 with worldwide shipping expected to take place during November 2018.