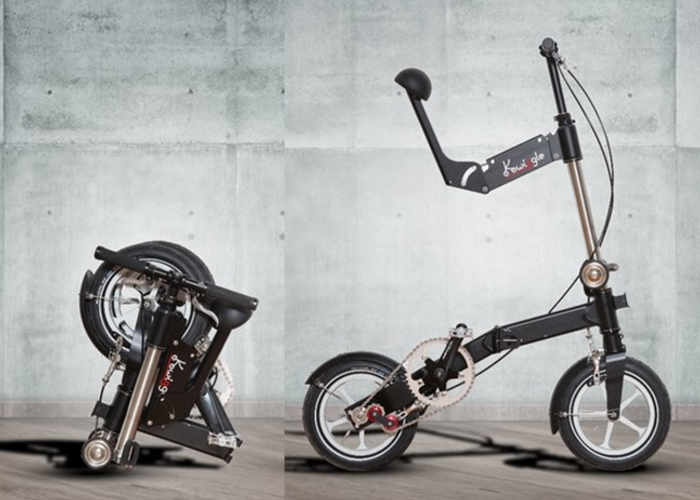 Kwiggle is an ultracompact folding bike which has been designed by a team based in Hanover, Germany. When collapsed the Kwiggle folding bike measures just 55 x 40 x 25 cm in size and is capable of reaching speeds of up to 25 km an hour.

The super ompact folding bike is capable of carrying anyone up to a height of 1.9 m at a maximum weight of 92 kilograms. Watch the promotional video below to learn more about its folding mechanism and unique compact design. 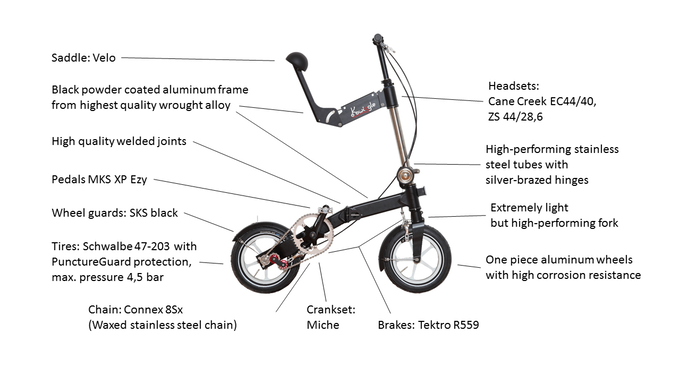 Kwiggle has been launched by Kickstarter this week with the aim of raising €195,000 over the next 50 days. Pledges start from €1240 with shipping expected to take place during May 2017.

Kwiggle
• is a bicycle with a weight of around 8,5 kg.
• is folded or unfolded in just 10 seconds!
• is unique worldwide: it conveniently fits into the airlines’ carry-on luggage sizes: 55x40x25 cm!
• allows riding up to 30 km/h. The drivability is amazing!
• riding is fun!
• is engineered and produced in Germany!

Kwiggle is the only bicycle worldwide featuring this unique combination of drivability, compactness and weight, made possible only with patented gearing, folding system and seat device. Our tests with Kwiggle in city traffic are very fascinating: we easily get in and off everywhere, metro, cars, trains, doesn’t matter. That’s a feeling of sheer freedom in city-movement with a widely expanded moving radius. This combined, Kwiggle makes us the fastest in city.

For more information on the new Kwiggle folding bike jump over to the Kickstarter website for details by following the link below.