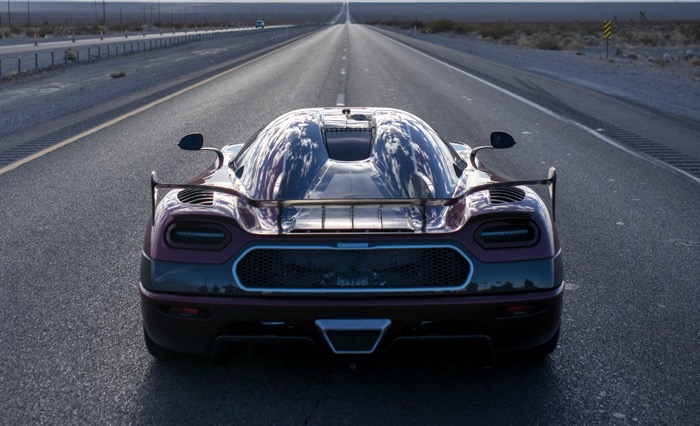 Last month the Koenigsegg Agera RS broke the world record for the fastest time for 0 to 400 km/h and now the supercar has broken another record. The Agera RS is now the worlds fastest car, with a combined top speed on a two run test of 277.9 mph.

The Koenigsegg Agera RS can be seen breaking the world record in the video below, the car reaches a massive 284 miles per hour in the second run, giving it an average of 277.9 miles per hour for both runs. The Agera RS is powered by a 5.0 lite V8 engine which is turbo charged, it has a massive 1,380 horsepower.

As we can see from the video, the second run reach over 14 miles per hour more than the first, this suggests that the car could go even faster if it did a similar time in the first run. For now the Agera RS holds the world production speed record.

The Bugatti Chiron could possibly be a contender for the record as it is rumored to be capable of speeds on excess of 300 miles per hour. The Koenigsegg Agera RS  certainly is an impressive supercar with two world records under its belt in just over a month.