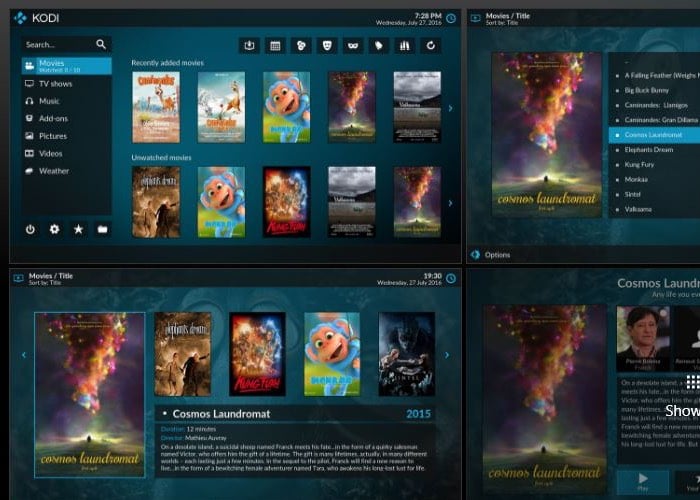 The awesome Kodi Media Center software can now be downloaded directly from the Windows Store, enabling it to receive automatic updates without Windows users having to visit the Kodi website for updates.

At the current time Kodi v17 beta 2 is available to download from the Windows Store, and the development team says they will continue updating it until the final release comes out.

Kodi explains a little more about the process of converting the media centre software into a Windows Store application.

With the coming of Windows 10 Anniversary update Microsoft announced it’s Desktop Bridge (Project Centennial) feature which would allow regular desktop applications to be converted to UWP app without any real code changes. With this you would gain access to Windows Store to provide easy distribution and several other bonussen like UWP APIs access. We as Team Kodi looked at this with some disbelief and never thought it would work for Kodi due to the complexity and hardware usage for audio and video playback. It was not long after their announcement a Microsoft representative contacted us asking us to be part of the Windows Store using this Desktop App Converter as they successfully converted Kodi into a UWP app. We were quite shocked that it was that easy and of course gladly accepted this cooperation to get this done.

So what this mean for users you might wonder? Well to start with it’s still the same Kodi version you are used to without any limitations. Additionally you don’t really have to go to our website anymore but straight away install Kodi from the Windows Store and receive any future updates automatically. For us developers the added benefit is we’ll possible get some crash logs in case they happen and we could use these to identify problems and include fixes in next update. Added bonus even is that it currently even uses the same userdata as if you had installed the normal Kodi version downloaded from our website.

Sadly Desktop Bridge doesn’t make it possible to run Kodi on anything else but a Windows 10 desktop computer or Surface. Getting Kodi running as a true UWP app which would allow to install on other devices is still a long way to go and requires quite a few changes before that becomes a possibility. Though the step just made is certainly one in the right direction and we’ll certainly try to get there eventually as making the circle back to the XBOX would complete our journey where it all started….

For more information on the arrival of the Kodi Media Center in the Windows Store jump over to the official website for details by following the link below.