At the end of September we brought you the news that a Kobo Vox 7 tablet had been spotted and may be set to be imminently launched. Well today Kobo have announced the launched their new Vox 7 Android tablet which will be soon available for around $200.

Kobo well-known for its Ebook devices has now made the decision to enter the Android tablet market with the launch of its 7 inch touchscreen Kobo Vox. Which features a 1024 x 600 pixel multitouch display and is equipped with 800 MHz processor supported by 512 MB of RAM and will be supplied running Google Android 2.3 Gingerbread. 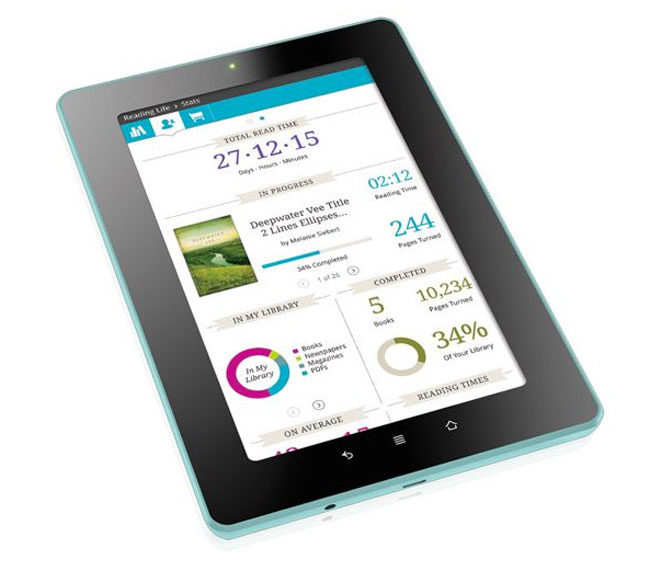 Kobo have also equipped their Vox 7 tablet with access to the Android Market where it will have access to hundreds of thousands of apps. It’s also equipped with a SD card slot and supports MP3, MP4, FLAC, OGG Vorbis, and WebM formats, and comes preloaded with Facebook, Twitter, Zinio, and PressReader applications. Which is not at all bad for a budget of $200