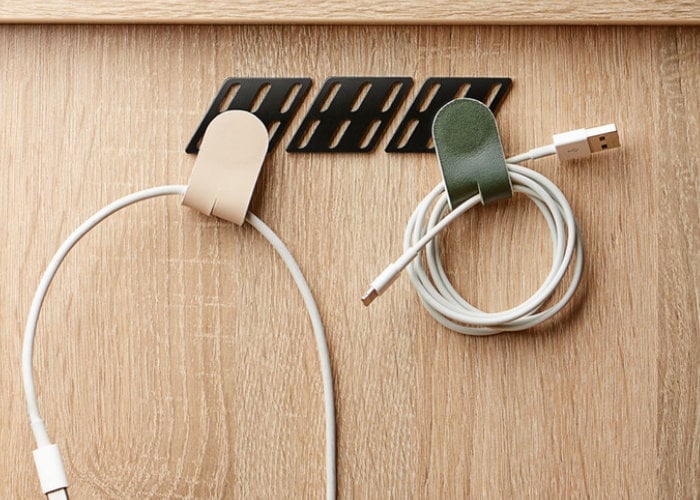 Klips is a unique accessory providing variety of ways to help keep almost anything more organised and easily at hand from cables, keys, notes and more. Watch the demonstration video below to live more about the versatile accessory which is launched via Kickstarter and is now available from just $16.

Worldwide shipping is expected to take place only in 2021 and a variety of different pledge options are available including a full set complete with desk organiser. “

There are still a huge number of ways to use Klips – a keychain, a magnet on the fridge for notes, a pencil case, a paper clip and even a curtain for the web camera! And the most important thing – the number of these methods is limited only by imagination! “

“A modern person needs a lot of things during a day for a comfortable life. Such as headphones, a few charging cables, a notebook and pens, money, cards and many other things. But what chaos do these necessary things create if they are not organized ?! And how long does it take for putting them in order?!”

“The idea of Klips initially seemed ridiculous to me and needed by nobody! I did something from afar resembling today’s Klips and all my friends liked it. And after several months the project was launched on Kickstarter.

We couldn’t think of such a result. Everything was made by enthusiastic amateurs and not a cent was invested in the promotion of the project. Then we thought that $1000 fees would be a gift. But we collected $11,833!

But the most important thing – we received tremendous support from you and requests to do another project or continue to produce the existing one. But we just didn’t want to run the existing product. After all, even using a very good thing after a while you begin to understand how to improve it.”