Rather than using satellites Google has now added high resolution kite taken images to its Google Maps. As you can see in the photo below the kite photos are a much higher quality then the ones taken from space with a satellite. 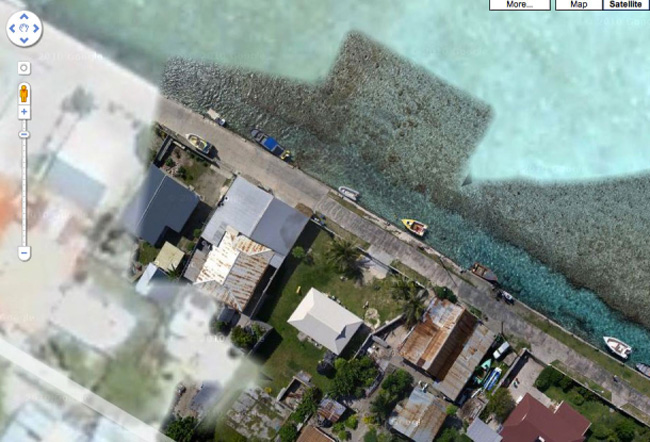 The images have been taken by Frank Taylor author of Google Earth Blog whilst on a five-year sailing boat expedition called the Tahina Expedition. To help raise awareness about issues facing our oceans and marine life.

Unfortunately the kite photography process also has problems of its own. “Due to the sun getting low in the sky, we weren’t able to cover a large part of the village,” Taylor said Monday of shots from Manihi atoll in French Polynesia now arriving in Google Maps. “There were telephone/electric poles and wires and trees in the village, so we had to avoid getting the kite string caught in those.”