During the SIGGRAPH 2011 conference this week researchers have demonstrated how a Microsoft Kinect motion controller device can be used to map and create 3D models of environments. The project is called KinectFusion and using a Kinect device the research team can quickly and easily render a 3D model of an entire room in real-time.

Watch the video after the jump to see the KinectFusion project in action. The video also hints at possible applications for the KinectFusion technology within gaming and architecture, when virtual paintballs are fired in augmented reality. 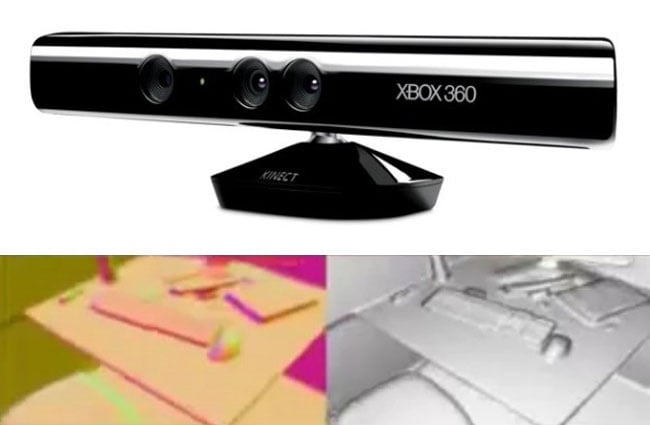 “As the space is explored, new views of the scene and objects are revealed and these are fused into a single 3D model. The system continually tracks the 6DOF pose of the camera” – “As the camera moves through the scene, new depth data can be added or removed from this volumetric representation, continually refining the 3D model acquired.”