Developer Max Ogden has created an innovative device which he has named the Kindleberry Wireless, which uses an Amazon Kindle Paperwhite e-book reader and a $35 Raspberry Pi mini computer.

The Kindleberry Wireless has been created to provide a mobile workstation that can be used outdoors, and has been constructed to use the minimal amount of power. 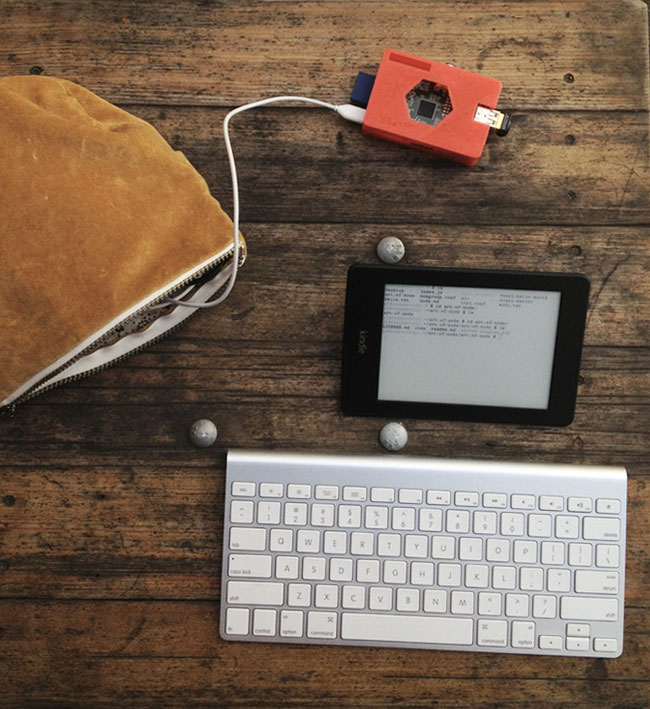 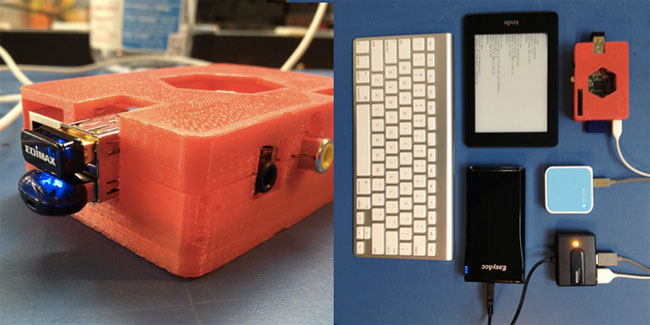 “Recently I got to go down to Australia to attend an awesome conference called CampJS. It isn’t really a conference, actually, but instead a bunch of programmers in the woods for a few days hacking on side projects and learning new things. Getting out of the big city was really refreshing and at the same time made me realize how badly my glossy screened laptop works in the great outdoors.

It got me wondering if there existed a laptop that was designed for hacking in direct sunlight… something that had a ridiculously long battery life and was still readable in high brightness situations. Instead I stumbled upon a more awesome solution: the kindleberry, a combination of the Raspberry Pi and the Amazon Kindle.”

If you fancy building your very own Kindleberry Wireless jump over to Max’s website for more details on the awesome hack.