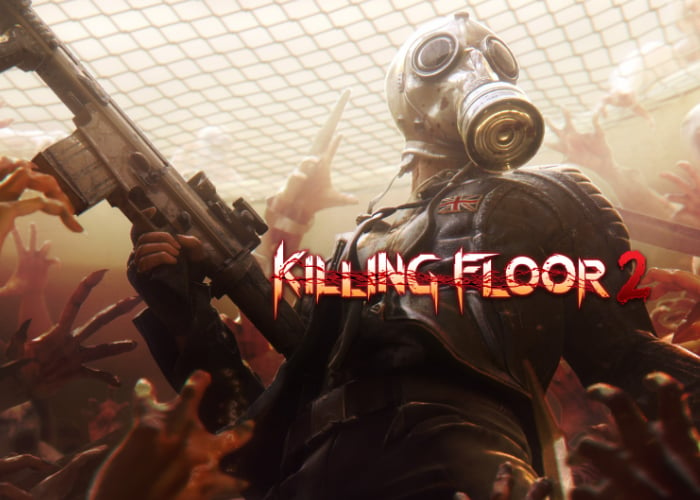 David Hensley from developers Tripwire Interactive has taken to the official PlayStation blog today to announce the start of the Killing Floor 2 Open Beta which was expected to start on November 4th, 2016.

As well as revealing more details about what you can expect the game to offer when played on the new PlayStation 4 Pro which will be launching later this month in a few days time on November 10th, 2016.

Check out the Killing Floor 2 gameplay trailer below to whet your appetite for the open beta as well as learn a little more about what you can expect from the storyline and action.

PS4 Pro has allowed us to take Killing Floor 2’s visuals to the next level of fidelity. Resolution, memory, and performance are the three key ways the PS4 Pro enhances Killing Floor 2.

First on the point of resolution for players that have a 4K TV and a PS4 Pro. Killing Floor 2 runs at a higher 1800p resolution that is then upscaled to 4K 2160p resolution, unlocking the gaming potential of your 4K screen. The extra resolution increases overall environment, weapon, and character detail beyond what is perceivable on a 1080p display.

Environment details such as foliage and distant level meshes have a new level of definition. Enemies (Zeds) in the world seen at medium to long distances have many more pixels defining them, making it just a bit easier to get that head shot. Killing Floor 2’s over-the-top gore system has never looked better with persistent blood reflecting the world and characters in high resolution.

The extra memory on PS4 Pro allows us to activate our ultra textures that have higher resolution over the standard PS4. The ultra textures add extra surface detail to everything in the game including first-person weapons, arms, zeds, and the levels themselves.

These high-res textures will be used whether the player is playing on a 4K TV or a standard 1080p display. In addition to the ultra textures, the extra memory allowed us to increase our dynamic shadow resolution. Killing Floor 2’s custom deferred renderer uses a number of shadowing techniques including dynamic shadows. When these dynamic shadows are used they will be crisper and higher resolution on PS4 Pro then the standard PS4. When playing on a 1080p TV, Killing Floor 2 is effectively super sampled, resulting in much higher quality and smoother anti-aliasing.

For more information on what you can expect from Killing Floor 2 and its now underway open beta development stage jump over to the official PlayStation blog via the link below.