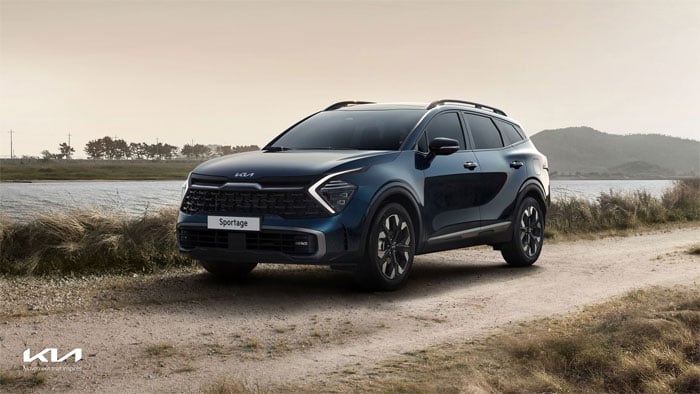 Kia has pulled the wraps off an all-new version of one of its most popular vehicles, the Sportage SUV. The fifth-generation Sportage has made its global debut with the design that Kia says is inspired by nature. The Sportage has a bold and sophisticated design with an organic form.

The interior has been heavily modified with integrated curved displays that center on the driver. Kia also promises the SUV has class-leading headroom, legroom, and luggage space. The vehicle also has several firsts for the line with an optimal ride with E-Handling, terrain mode, and new electric control suspension.

Kia also touts that the new Sportage is one of the safest vehicles in its class things to protect the driving technology and ADAS features. The vehicle was designed from the ground up to be the ultimate urban SUV. Kia also fits it with Terrain Mode to give the Sportage improved handling capabilities in challenging conditions such as snow, mud, and sand. The all-new Sportage will make a global launch later this year with more information available closer to launch.