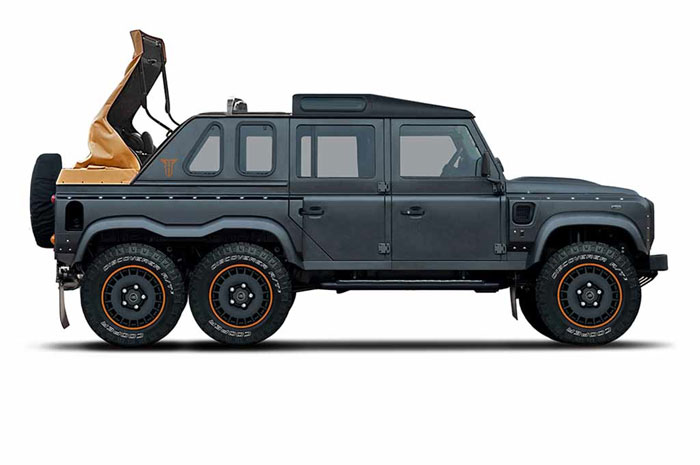 Several years ago, Khan Automobiles rolled out the very cool Flying Huntsman. The vehicle was a heavily modified Land Rover Defender with six wheels. The company now has an updated version of the Flying Huntsman it is teasing and this one has a soft top over the rear axles.

This will let the back-seat passengers catch some sun and wind in the face as you roll over just about anything in your path. There isn’t much in the way of detail about the soft-top Flying Huntsman now, but Khan says it is intended for production.

We assume it will use the same 6-speed automatic transmission and GM V8 engine as the coupe version. That V8 makes a mere 430hp which will presumably mean not so impressive performance. Khan should throw some turbos on the beast. The standard Flying Huntsman sells for $334,000.