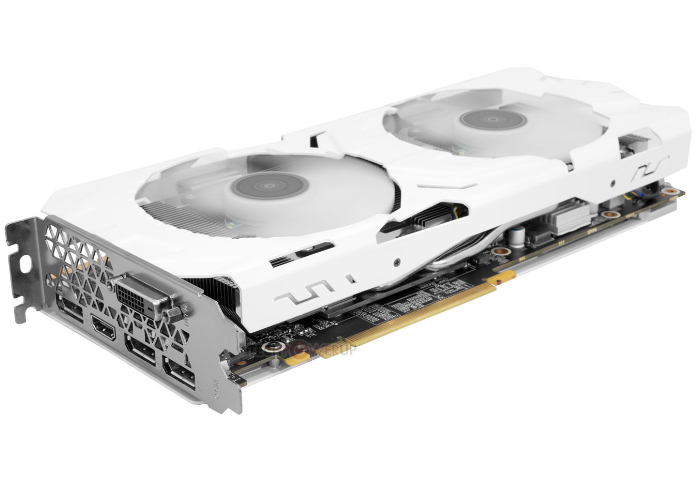 If you are searching for white graphic cards for your custom rig you may be interested to know that KFA2 have unveiled a new addition to their range of GPU cards this week with the announcement of the impending availability of the KFA2 GeForce GTX 1070 Ti EX-SNPR White graphics card. Which comes fitted with a white metallic cooler shroud, white fan impellers, white LED lighting over the fans, and a white metallic back-plate with RGB LED diffusers.

Drawing power from a combination of 6-pin and 8-pin PCIe power connectors, the card conditions it using a 7-phase VRM. It uses a custom-design aluminium fin-stack heatsink that’s ventilated by a pair of 100 mm fans, which stay off when the card is idling. Display outputs include three DisplayPort 1.4, and one each of HDMI 2.0 and DVI-D. Based on the 16 nm “GP104” silicon, the GTX 1070 Ti features 2,432 CUDA cores, 152 TMUs, 64 ROPs, and a 256-bit wide GDDR5 memory interface, holding 8 GB of memory. The KFA2 GeForce GTX 1070 Ti EX-SNPR White is priced at 479€ (including VAT).