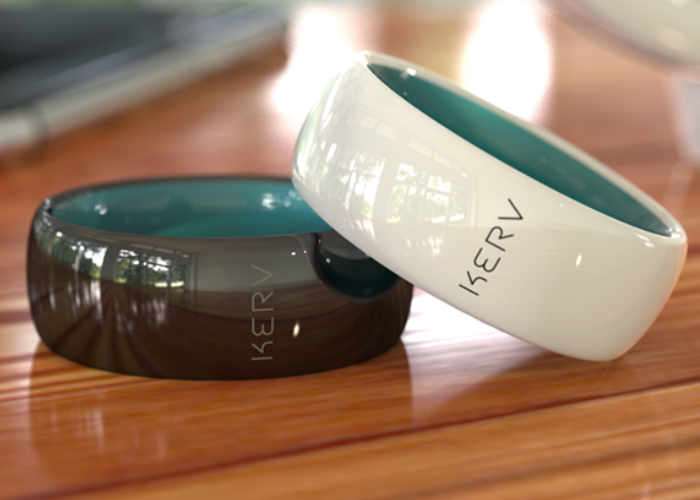 The Kerv contactless payment ring concept which raised the required funds to jump to the next stage of manufacture thanks to a successful Kickstarter campaign. Has become embroiled in an intellectual property dispute, Kickstarter has revealed today.

Kickstarter sent out the following message to backers :

This is a message from Kickstarter’s Integrity team. We’re writing to inform you that a project you backed, Kerv – the world’s first contactless payment ring, is the subject of an intellectual property dispute.

The law requires that we remove the project from public view until the dispute is resolved (please see our Copyright Policy and Trademark Policy for more info). Because the project already ended successfully, your pledge hasn’t been affected. The creator should still be able to move forward with the project (and send any unfulfilled rewards). If you have any questions, though, you can still message the creator from the project page.

You will have received a message from Kickstarter this evening, stating that our project is the subject of an intellectual property dispute, and as such they have hidden our page. We have taken legal advice at every step of our business and are confident of our own position.

I am frustrated that KS choose to act without giving us the right to respond. We have started that process now. This doesn’t impact the progress of our project, and as i mentioned recently on the comments – we still plan to make a major announcement later this week.

**Update from the CEO of the NFC Ring Joseph Prencipe, the other side of the dispute:

We invented the smart ring back in 2010, and worked hard to launch the world’s first smart ring in 2013. We are now selling our new product, a smart ring with cash payments, metro ticketing, and secure access (www.nfcring.com). We shipped our first 5,000 units in August 2016 and launched this product at the Rio Olympics. This has been really hard work and we have worked closely with the community to make it happen.

We encountered Phil of Kerv. He announced he was the ‘World’s First’ to make the payment ring after our company already had. He admitted to us in person this is not true. We were informed that he contacted our supplier and used our IP to make his ring possible. It costs us tens of thousands of dollars to develop each piece of IP… we are a startup, this is expensive for us.

We offered to license our IP to him for one year, and he ignored our offer. With all of his actions combined, we were forced to bring a legal case against him. He is also ignoring the judge’s orders (such as to remove ‘World’s First’ from his website), which is a very serious issue. If anyone is interested in licensing our IP, feel free to contact me.

As soon as any more details come to light on the state of the project and company’s intellectual property dispute will keep you up-to-date as always. If you are a backer of the Kickstarter campaign and would like to contact Philip Campbell directly you can use the contact form on the Kickstarter website.