Ken Levine is the man at the helm of the good ship Bioshock, but he sees himself as more the “editor of a magazine … but I’m also a writer for the magazine.” Not because of any particular beef with the auteur approach to game making, it’s more of a semantic disagreement. “I believe more in editorship. Auteur sounds like you do everything,” he went on. We completely agree, Ken Levine, everything sounds more arrogant in French. But what of the movie based on the game he auteured? 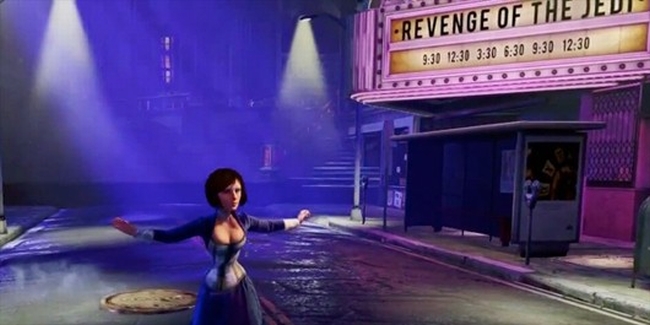 “If I were to make a game that was based on somebody else’s franchise, you need somebody there who’s going to say, ‘This is true to the franchise, this isn’t true to the franchise.’ So that was more my role in the film.” No doubt a huge relief for anyone who even liked Bioshock a little bit. Not that Hollywood can’t still find a way to turn it into Fontaine and Ryan having a dance-off to decide who gets to take Tenenbaum to prom.