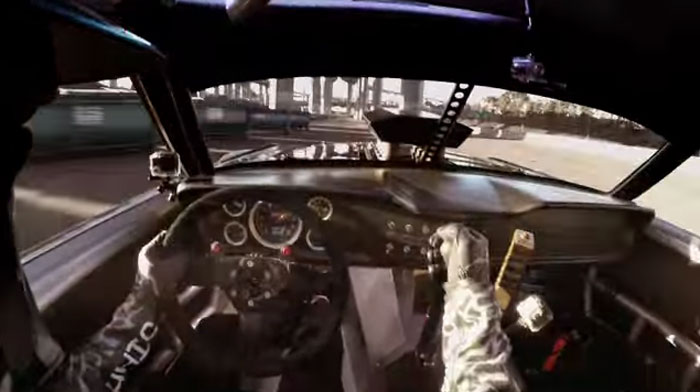 You might recall not too long ago when I mentioned that Ken Block had unveiled his highly customized 1965 Mustang at SEMA that would be used in the next Gymkhana video. That video has now been published and even if the Mustang is a bit ugly, that thing is full on beast mode in action. The car sounds every bit as awesome as you would expect a V8 with over 800hp to sound.

It’s crazy to see a vintage Mustang spinning all four wheels. Block and the builders of the car converted the traditionally rear-wheel drive car over to AWD for the video. Block gets up to his typical hoonigan stunts blasting through the streets of LA and around some of the iconic landmarks of the city, including the Hollywood sign and others.

One of the coolest parts of the video is where Block does donuts under the front of a hopping low rider as the front end is off the ground. I always wonder when I see these videos and note the black marks on the ground from trial runs exactly how many times he practices before filming commences. I bet the film we see is made up of footage from all those runs.