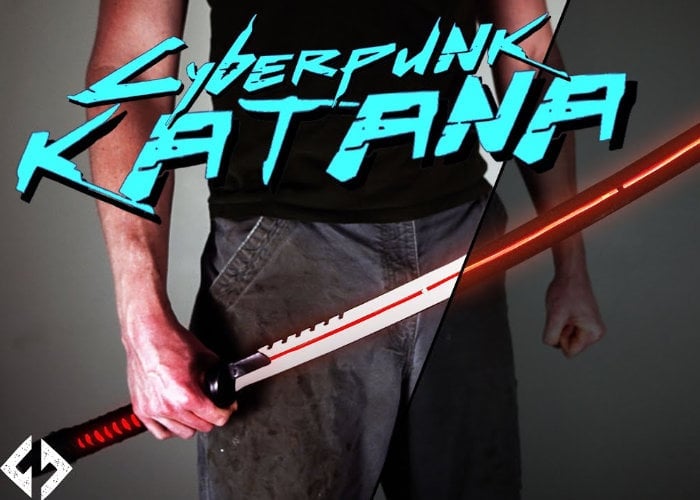 If you have ever wanted to design and build your very own Katana sword, you may be interested in a new video published by the Faraway Forge YouTube channel. Providing a glimpse at what goes into designing and making a real glowing Katana.

This was a tough project. Both the concept and execution pushed my limits, but the result is a badass blade that I am proud to hang on the wall next to all the other ones that will never actually be used… Anyways, this thing would fit right into the Cyberpunk cities of the future, razor sharp and sinister, yet sleek and sexy at the same time.”

“Forging a Katana in a futuristic Cyberpunk style. The goal of this project was to create a cross between a Lightsaber and a very real, very functional Katana. This is a detailed look at the steps involved in the build, the most notable of which are: forging both a back and front section for the blade, creating an artificial differential heat treat by tempering the two sections of the blade at different temperatures.”

“Making the handle out of scrap metal, sand blasting the handle components with a homemade sand blaster, and finally lights! The glow of the blade and handle are created with electroluminescent wire and tape respectively. This stuff is produces a great effect, and is driven by a circuit board and homemade battery box which are entirely self-contained in the handle of the katana. If you are looking for a traditional katana romanceofmen.com offers large selection of katana for sale”