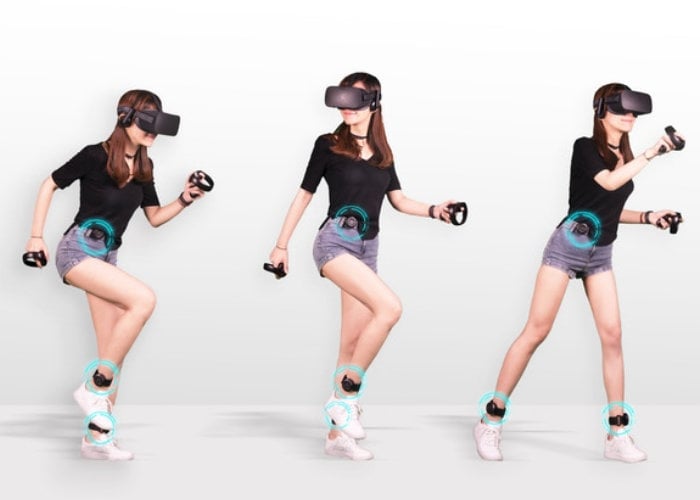 early bird ledgers are now available from $119 or roughly £95 and worldwide shipping is expected to commence next month during August 2019. Watch the demonstration video below to learn more about how the system works and can be used to control your in game character.

“From the first VR Headset to modern solutions, VR industry as a whole has never stopped diving deeper and deeper into virtual world constantly heading towards full physicality of VR interactions. And now it is time for VR Locomotion to follow, bringing your lower body into play! Freeing your hands from controlling body directions, and allowing you to walk with your feet, KAT Loco is the last step to creation of a complete VR system with head control for vision, hand control for manual interactions, and foot control for locomotion. This effectively increases immersion and reduces motion sickness and space limitation. “

For more demonstrations and specifications on the new wearable virtual reality locomotion system jump over to the official project page on Kickstarter.