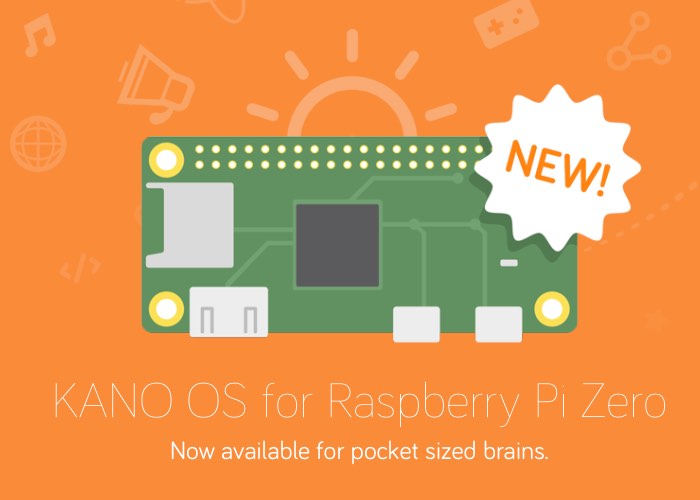 Kano the London based company that took to Kickstarter to raise funds to create a Raspberry Pi educational starter kit, has this week announced the availability of its Kano OS software for the new $5 Raspberry Pi Zero mini PC.

As you might have guessed the Kano OS for the new Raspberry Pi Zero computer come supplied with all the features that have been made available previously with the launch of the Kano computer kit fund include favourites such as :

– Kano Blocks: the best place to start for new coders! Start with the drag and drop of blocks to create real programs in Python or Javascript, and see games, songs, and apps change before your eyes, with live code updating.

– Coding and computing challenges: advance onto making a video, playing and modifying Snake, Pong and Minecraft to learn the basics of changing or modifying code; and making music with Sonic Pi to put it all together in actual written code.

– Kano World: an open community for kids to share their creations where over 9 million lines of code have been already been written.

Jump over to the official Kano website to download the Kano OS image, which has been specifically designed to be used with the Raspberry Pi Zero single board mini PC that was announced last week. If you found this article interesting you might also be interested in this list of awesome Raspberry Pi Zero projects we have put together.