LockCircle has this month unveiled their new K-Circle Professional wireless camera USB controller, which has been designed to enhance professional applications in photo and video mode and supports most of the Canon EOS HDSLR camera range.

The K-Circle concept developed by LockCircle consists of two modules which includes the Base Module together with the Remote Module, the Base Module is connected to the Canon EOS camera with a Lemo/USB cable. 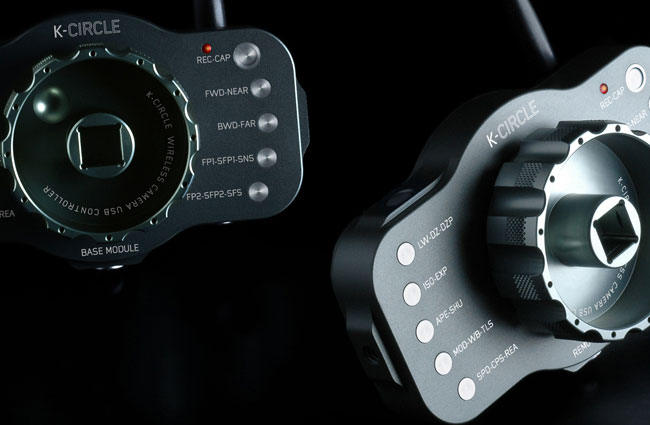 The K-Circle system can also be used also like a practical USB wire controller up to 50 feet, if remote control is not needed.

“The built in wireless receiver to connect to the Remote Module, that can added later to the K-Circle set-up, offering to the Canon photographers and cinematographers the choice to upgrade to the wireless system later. Built from billet CNC machined aluminum for heavy-duty abuse,  has an esclusive  proprietary algorithm controlling focus in three speeds.”

Shipping of the K-Circle is expected to start in  February 2013 , but no information on pricing  has been released as yet.