This week JXD the maker of the Android handheld gaming consoles has unveiled a new addition to their range of devices with the launch of the JXD S5110b which is fitted with a dual core processor.

The JXD S5110b builds on the design and technology used in the previous JXD S5110 handheld gaming console, that takes its styling from Sony’s PSP device. 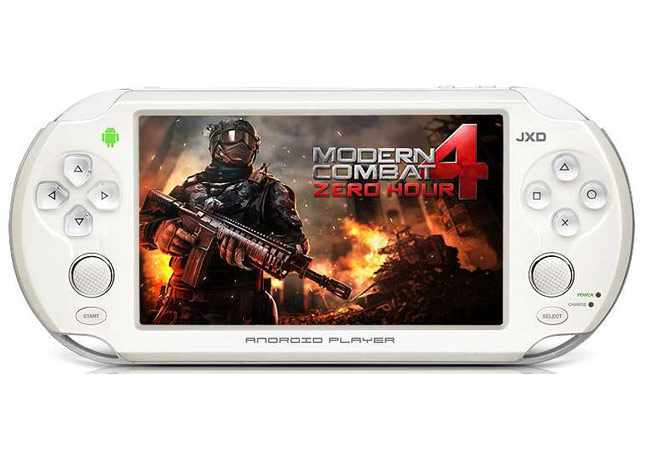 The new JXD S5110b is now powered by a 1.5 GHz AMlogic MX-S dual-core ARM Cortex-A9 processor supported by 1 GB of RAM and is equipped with 8 GB of storage space for applications and media, but also comes equipped with a microSD card slot to expand the storage when required.

It is also fitted with a 5 inch capacitive touchscreen display which sports a resolution of 800 x 480 pixels and is capable of supporting five point multitouch gestures.