JVC has unveiled its new 4k camcorder at CES this week, which is the worlds first handheld 4k camcorder of its kind. The new JVC GY-HMQ10, offers a massive 3840 x 2160 resolution for footage.

The new JVC GY-HMQ10 s powered by HVC’s Falconbrid large-scale integration (LSI) chip and has a half inch CMOS imager with 8.3 million active pixels, and is expected to be priced around £4340 or $6700 when it starts shipping in March to the UK. 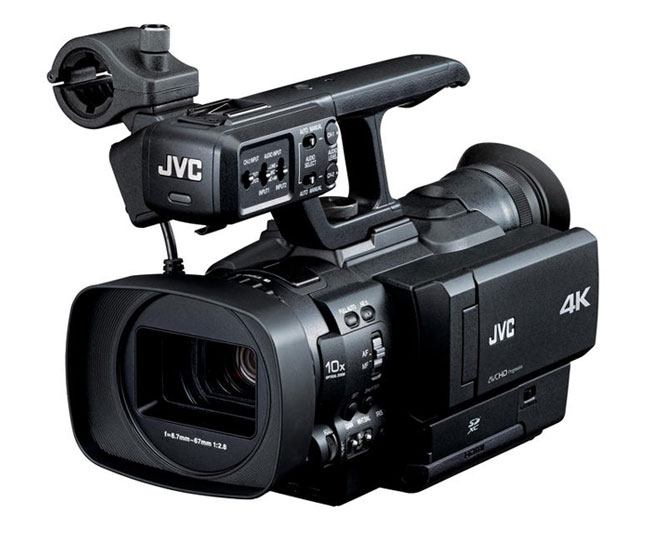 One of the big problems associated with 4K for video is processing power require to make recording, but JVC explains how this is now being over come.

“The GY-HMQ10 is a breakthrough product that opens up 4K imaging to users who previously wouldn’t have considered it.”- “There just hasn’t been the ability to capture, process, display and record full 4K images in real time until now,”

The JVC GY-HMQ10 can output to a monitor in real time with ‘virtually no’ latency,say JVC. Allowing you to save up to 2 hrs of 4K footage to a single SDHC or SDXC memory card.