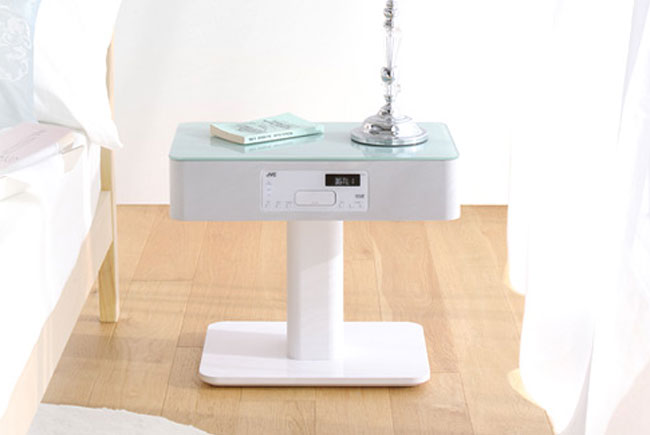 It comes with a built in 60 watt amp, a pair of 8cm speakers 30 watt speaker and an FM radio, it also comes with a glass top and the cabinet of the device is made from wood it will be available in a choice of black or white. 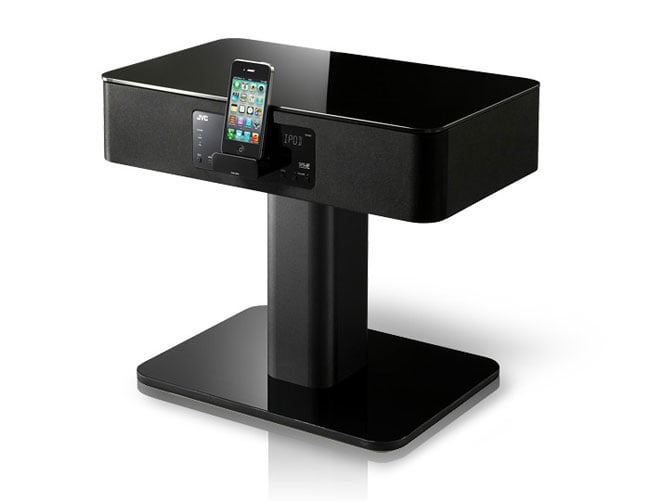 The JVC N-BX3 Nightstand iPhone and iPad dock is available in Japan for about 40,000 YEN, which works out at around $525.