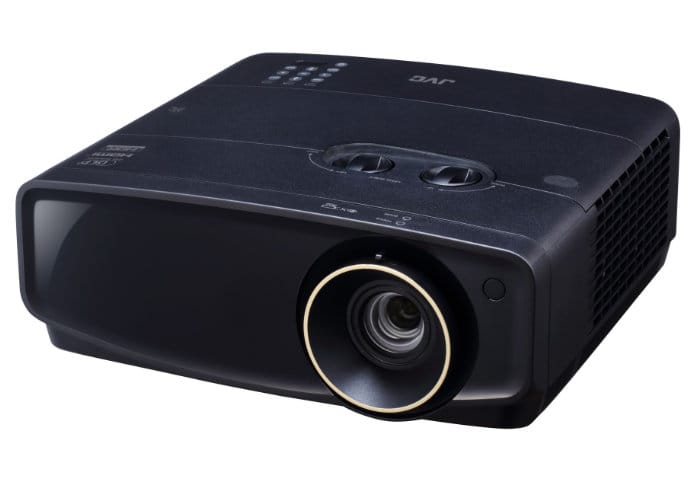 JVC has today introduced their first DLP 4K projector in the form of the JVC LX-UH1 that uses the newly developed TRP DMD technology to deliver 4K Ultra High Definition (UHD) images. Specifications for the JVC LX-UH1 4K projector include a 0.47-inch TRP digital micro-mirror device (DMD) which when combined with the projector’s optical system can provide users with a resolution of 3840 x 2160 pixels.

The JVC LX-UH1 4K projector offers 2,000 lumens, and an RGB colour wheel, to deliver “bright, high-contrast images for a thrilling home theater experience” says JVC. Other features include a 1.6x wide zoom lens, dynamic contrast ratio of 100,000:1 and offer support for both HDR10 and Hybrid Log Gamma, an HDR Gamma mode for broadcasts and streaming services. JVC have also included an option that allows owners to engage a two-position automatic aperture to project the best possible image quality.

Connections on the new JVC 4K projector include two HDMI inputs, including one that features the full speed/full spec HDMI/HDCP2.2 standard and is capable of handling data transfer rates up to 18Gbps. There is also an RS-232C interface and a 12-volt screen trigger output. The JVC LX-UH1 4K Ultra HD projector will be available next month during May 2018 priced at $2,499.95.